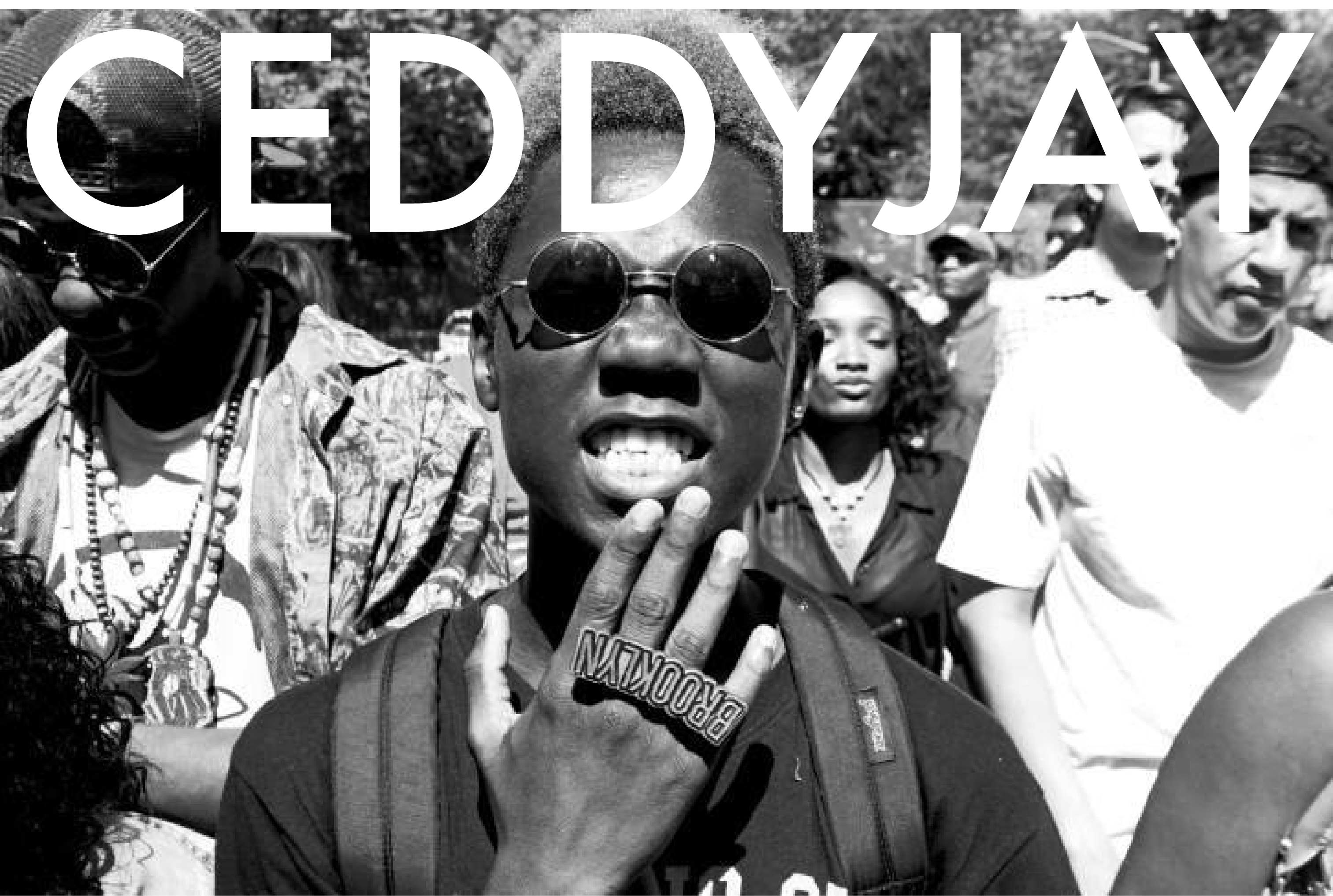 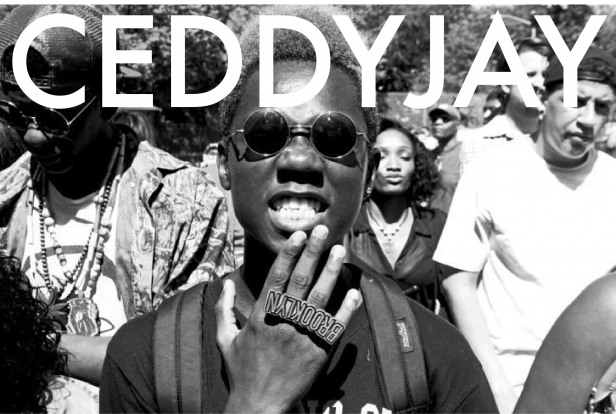 Last week, Chris Crates (of Radio Meltdown fame) sent me over this video from Ceddyjay.

It’s great. Based in Brooklyn, super talented and breathing hip hop from his pores, Cedric Preval aka Ceddyjay is only 14 and should have a bright future ahead of him.  Groovement got in touch and he was kind enough to answer a few questions so we could find out a little more about him…

Ceddy, a pleasure to meet you. Thanks for taking the time out to do this! What have you been up to over summer?

What I’ve Been Up To This Summer ? I’ve Been Performing All Over New York But Primarily Working On My Upcoming Project Called ” #CREEP ” . Crazy Title, Right .

How was AfroPunk? Is that a Brooklyn-only festival?

O’ Man ! Afro Punk Was Crazy , I Actually Got Carried Out In An Ambulance Truck That Day . Someone Punched Me In The Stomach During A Moshpit . It Was Ridiculous . And I Totally Doubt Its A Brooklyn-Only Event As Big As It Is .

Beastcoast, from the upcoming mixtape Creep.

The Reckless video has been doing the rounds in the UK and getting people excited for your music. How has the response been at home – both in Brooklyn and further afield?

My Family (HOME ) Totally Likes My Music , They Show A Great Deal Of Support . As Far As In Brooklyn Everyone Is Feelin’ My Music . Everyone Is Just Waitin’ For Me To Release My Project ” #CREEP ” .

The reason we all got so excited is the golden era sound of that track, as well as your flow in the same vein. Who produced it and where did you learn to flow like that? You started rapping young, right?

Who Produced RECKLESS Was Someone Named K.O.Beatz . But As Far As My Other Tracks & My Song #BEASTCOAST That Was Produced By My Homie KLIPA BEATS . And I Started Rapping At 4 Years Old .

Your Instagram says you ‘might have been misplaced a generation’ – is that a reference to the above?

I’m Glad You Caught On ! It Actually Is , A Lot Of The Music My Friends Listen To I Cant Even Take The Time To Listen . Im Into That Old School Kind Of Vibe Of Hip Hop . Basically Music From The GREATS So That Why I Said I Think Im Misplaced In A Generation .

Is that era of hip hop something you’ve grown up listening to? Who has shaped your musical tastes – family members?

Yeah It Actually Has Been An Era Of Hip Hop That Ive Grown Up Listening To . Whether Its From Wu Tang’s 36 Chambers , Nas’s Illmatic Or BIG’s Ready To Die I Use To Study Their Style & Way Of Rhyming Like It Was The Bible ! But Not Just That Era Though , I Even Have Artists TODAY ! Who Have Contributed To Shapin’ My Musical Tastes .

Tell us about your DJ, Kev Dot Kruz.

DJ Kev Dot Kruz , He DJ’d For Me During The Early Stage Of My Career , WAY BEFORE THE BLONDE HAIR ! He’s The Homie !

What do your family think of your musical aspirations? What’s their advice?

They Think As Far As My Musical Aspirations , Im Pretty Ahead Of My Time As Far As The Artists I Choose To Listen To Since I Was’nt Born During That Time . Their Advice To Me Is To Keep Striving On w/ What Im Doing . One Thing They Dont Want Is To See Me Quit On Something I’ve Been Pursuing Since The Age Of 9 .

Your music teacher seems to have commented on the video – is school supportive of your music? I’m a teacher myself so always wonder if children have enough room to develop talents not directly part of the curriculum.

O MAN ! A HUGE PART OF WHY I KEEP GOING ! My School Was Probably One Of The First Places I Ever Performed At . Not Just The Teachers , But The Kids In The School , Sometimes They Come Up To Me Askin’ For My Auto Graph . It Be Type GRAVY Though . LOL .

What’s the meaning and philosophy of RAAA? You’re even making your own shirts, right?

The Meaning Of ” #RAAA ” Is ” Rebellious x Against x All x Ahead . The Meaning Behind That Is That Were Not Going To Wait On Anyone To Help Us Succeed In Life . Were Going To Do It When We Want & How We Want . And The Time Is Now ! We Dont Allow Any Outside Forces To Dictate How We Should Or What We Should Look , So Were REBELLING Against The TRENDS & Mainstream Out There & Doing Our Own Thing .

I saw you performing at a Pharoahe Monch/Hot 97 show on YouTube – is there a local network of support that you have come up in? Do you have a homegrown circle of supporters who keep you grounded?

As Far As The Local Network Of Support , Its Building Everyday ! Because Ive Surrounded Myself With People Who Are’nt Just On The Business Side Of My Career But Genuinely Like My Music & Wanna See Me Succeed . And My Homegrown Circle Of Supporters Has Always Been My Family . Their Pretty Much The Only Group Of People Who Will Treat Me The Same Way Even Before My Career Took Place .

What have you learned over the course of doing live shows?

What are your other interests? Your Tumblr shows a lot of different aspects to you.

I Have Multiple Interest . Im A Very Un – Defined Person . You Can’t Really Pin – Point My Music Or What I Like .

‘Where Brooklyn at?’ What do you see of the scene right now – is it feeling healthy? Have you kept track of Joey Badass, Flatbush Zombies and the whole beast coast movement? Any favourites?

The Scene Of BK Hip Hop Is Really Healthy Right Now ! That Vintage Style Is Comin’ Back . As Far As Joey Badass & Flatbush Zombies I Definitely Keep Track w/ Them Since They Lived Like Blocks Away From . So Its Kind Of Hard Not To . And I Consider Myself As A Favorite ! 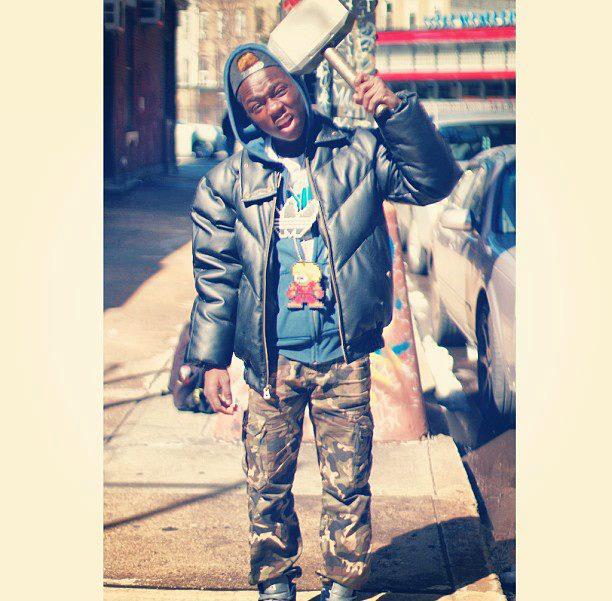 You mention not cursing in Reckless – is that something you think may change as you get older? Is it something relied on too heavily in rap?

GREAT QUESTION ! Im So Use To Rapping w/o Profanity Its Like The Thought Of Cursing Doesnt Come To Mind . When I Rap Its Like BUTTER ! I Doubt That Ill Curse In MY Music When I Get Older But Possibly If I Do Then So Be It . & TOTALLY Cursing Is Relied Heavily On To Hip Hop . Cursing Just Really Emphasize On Getting Certain Artist’s Point Across . But Isnt Really An Essential As Far As The Genre .

What are your next steps? Do you plan more videos, or to record more?

My Next Steps, Get The BIGGEST BUZZ EVER ! Plenty Plenty PLENTY More Videos In Store , & Recording ? Of Course , More Projects To Come ! My Mixtape ” #CREEP ” Coming Out Soon !

You seem to have a sound, professional head on your shoulders. Do you see yourself as a role model for those younger than you now?

I Mean , Its Not A Thing Where I See Myself As A Role Model Its Just Me Doing What I Love And As Feedback Kids Just Keep Up With It & Support Me Along The Way . Whether Its From Them Asking For My Autographs Or Them Singing Lyrics Of My Songs , Thats Enough For Me .

You’re obviously aspirational and rightly so. How are you going to know when you’ve ‘made it’?

‘Im Never Going To Know When I’ve Made It To Be Honest , LOL , I Always Feel The Need To Put In More Work So I’m Not Really Sure When I’ll Realize I “made it “. 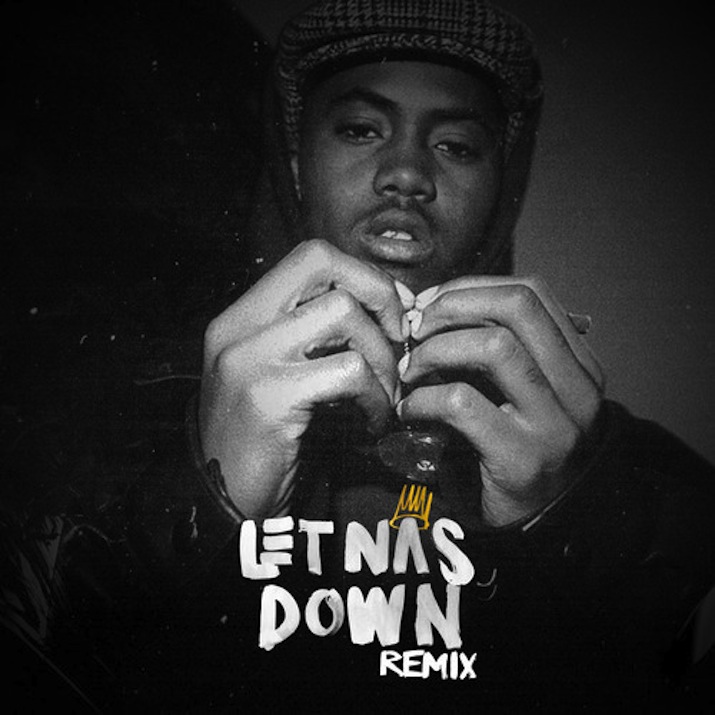