Manchester is standing at the forefront of a hip hop and beats revolution at the minute. The Mouse Outfit have disturbed the underground with their brand of funky hip hop, while the Room 2 imprint (download debut label release Kydroponics Vol 2 here) looks set to be a prolific representation of the Manc underground over the coming years – more on that below.

Stalwarts of the Manchester hip hop community over the past few years have been Ellis Meade, Sparkz and Dubbul O. I got to know them well through our night In The Loop, where they were (and still are) regular attendees not only to show off their skills on the mic, but as lovers of the music. While they’ve all remained independent and carved their own paths, they were all members of ‘The Kollektive’, and eventually released the Digital Textures EP (currently not available) as a trio. Things then went quiet for a couple of years as they followed their own projects, but this year Voodoo Black arrived… 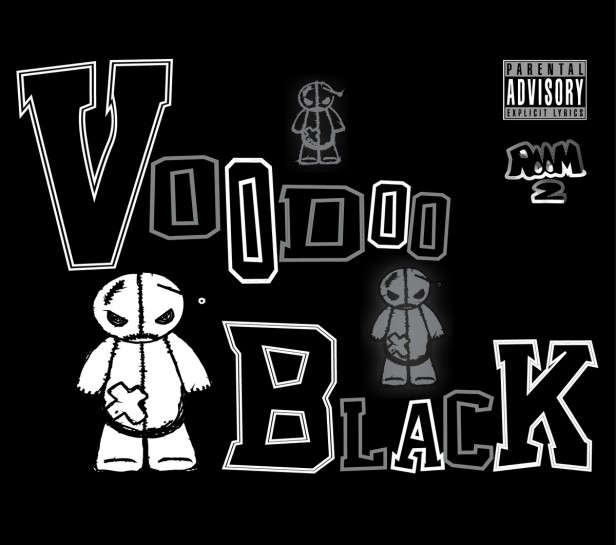 Groovement: Who is Voodoo Black?

Ellis: Voodoo Black was formed around the start of the year shortly after myself, Dubbul O (Vidal) & Sparkz got a chance to get back in the studio. After a long break since all working together on Digital Textures, we also have Joe “Cutterz” on the 1’s and 2’s now, so I’m looking forward to seeing what we can do, in the studio, & on stage. We just put out our first EP, you can download this here @ http://www.VoodooBlack.com

What are the origins of Voodoo Black? You three have worked together before, so what makes this different from the Kollective or Digital Textures?

Voodoo Black’s origin was from the Kollektive & Digital Textures project. Back in late 2009, I shouted Sparkz & V to get on a hip hop beat I’d done at the time which we ended up recording at The Cutting Rooms Studio in North Manchester. With me already buzzin’ with how the instrumental sounded by its self, they hopped in front of the RE20 & Neumann- running though the Avalon Pre’s & Raindirk desk, it just sounded proper.

The main difference now from the Kollektive or the Digital Textures EP is that we have DJ Cutterz also producing and supplying the cuts. As well as this, Cutterz is gonna be putting down a couple beats for the next release. Needless to say, they’re sounding pretty dope. 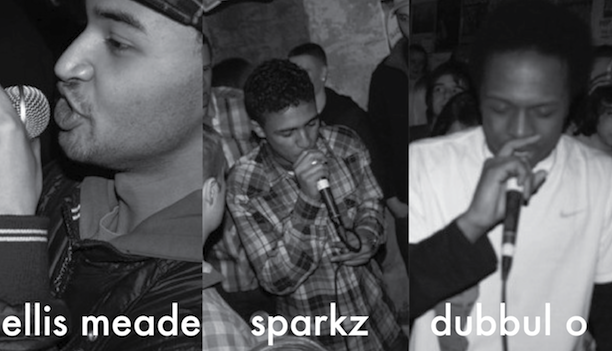 You’re releasing this on Room 2, Kydro’s new label. How did you hook up with him and how does the relationship work?

Well… first things first. Room2 was an idea I came up with after having been producing and recording in Estate Recordings’ Second Studio at Wellington House. It was around this time last year they moved in, and not too long after, I heard they had a second space there they wanted some of the younger lot usin’. It wasn’t too long after this I shouted Skittz (Skittles) who helped out with the Vaagon, and I had all my nice recording shit moved up there. So really, I see Room 2 as symbol of what can happen when artists work together and support each other.

So… for a short while it was really just me, Sparkz & we eventually got Dubbul O down to the spot for a couple sessions. Not too long after, Dom Hz moved some of his gear in and we were off. So thats how the “Room 2” name came about really, the concept behind it was to bring together and unite artists who know and work with each other on a regular basis, and this was an idea myself & Kydro had discussed in the past, but could not think of a name or point at which we could link it all together, so I thought Room 2 was a solid through line in where we could bring together as many artists & talents as possible. And to clarify, Room 2’s main producers are, in no particular order… myself, Kydro, Dom Hz, Metrodome & Pro P. There will definitely be more, but the idea is that we have enough content between ourselves alone that we can continue a steady stream of underground music, while not compromising quality.

Have Sparkz and Dubbul O become divas since working with the Mouse Outfit? Seriously though, have you seen a change in their performances since you started working with them?

Nar, they’re very down to earth people, which is why I get along with them so well. I think working with The Mouse Outfit has made them more clinical in writing and performance, which you should expect from working with such high calibre musicians. I don’t think you get to have a live show as good as The Mouse Outfit’s set without every musician excelling in their own way. The MO do this well.

What are the strengths of the Manchester hip hop scene in 2013?

I think the variety & versatility defines Manchester hip hop scene at the moment. From Kydro, Skittles ‘n’ that, Ape Cult, Mothership Connection, TNC, MOSH TEAM, The Bluntskins, ThisIsDA, The Mouse Outfit, everyone’s coming with something different. One thing that will define Manchester hip hop now, is how well we work together from paper to stage. I think for the first time in years I hear local music where people are allowing new influences to the sound, which makes for more authentic original tunes, & more unique artists.
And what are its weaknesses?

I’d say that the main weaknesses to the hip hop scene in Manchester are artists who think they have “made it” and continue to put out the exact same sound UKHH has been dealing with for years expecting to blow up, as well as taking every opportunity to post bitter Facebook updates about how “certain people” get this ‘n’ that attention. To those who are inside this bracket, and hopefully reading now, cheer up yo, go make some tunes.

None of us involved with the scene tend to be involved in solely ‘traditional’ hip hop – how influential is the electronic element in Manchester?

Of course the electronic music scene has had a major influence on Manchester music, but I wouldn’t say its affected the way in which people make hip hop music, not directly at least anyway. Growing up in and around high school I was always one to be listenin’ to hip hop, not grime, so I didn’t get influenced in the same way it has influenced a lot of UK rappers, particularly in the tone and flow delivery.

Without a shadow of a doubt tracks like Strategy’s Marka w/ Dub Phizix & Skeptical, Chimpo & Enei’s Headtop & Dom Hz’s Remix work with Skittles & The Mouse Outfit have influenced the Manchester scene to some extent, but I truly feel that hip hop in Manchester is in its own thing, and will continue to grow & develop in its own way. In terms of electronic hip hop specifically, and who’s bringing fire, I think Metrodome is holding the torch right now, with Dom Hz & Sparkz sat on a few gems there, hopefully more producers will step into this arena and let loose.

How do you perceive the national scene? Is there one?

The National Hiphop Scene… Hmmm… Yeah I guess there is a scene, a pretty shit one. At one end everyone is concerned with snapbacks and the fashion of it all, at the other, you have little scruffs in hoodies wantin’ to rap and act hard. I think there is a lot to be done in diversifying the audience and letting people know who go out to nights, that yes, there is hip hop music you can vibe and chill to, and yes, there is (some) that you can go sick and mosh out to. As opposed to the predictable situation… having MCs spit their generic Mr Badman-wise bars, and maybe actually spit at you because he/she’s too close too your ear, shouting down your ear, etc. High Focus have turned some of these stereotypes on its head, shifting the focus to quality control while keeping the sound raw, letting artists have creative freedom while also bringing new, younger acts to the fore.
Are you working on your own solo stuff at the moment? Last we heard from you was the Conceptions mixtape, how was the response to that?

I have a solo project I am working on with Kydro which will be a Room 2 release due to go out this year. There is also a self produced solo project which should be ready for around the start of 2014, so stay locked.

The Conceptions mixtape had a decent response I thought for a first free online release. It had a simple purpose, a very clear aim to let heads know, I am here. I think it did that. 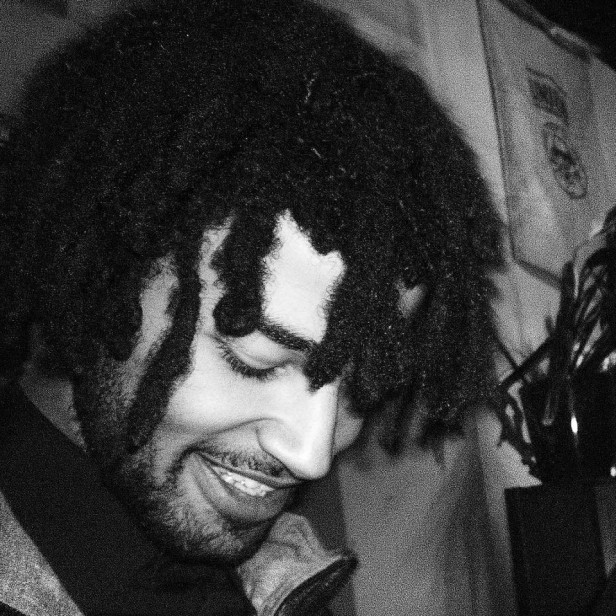 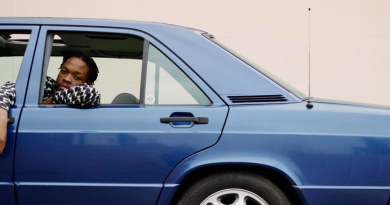