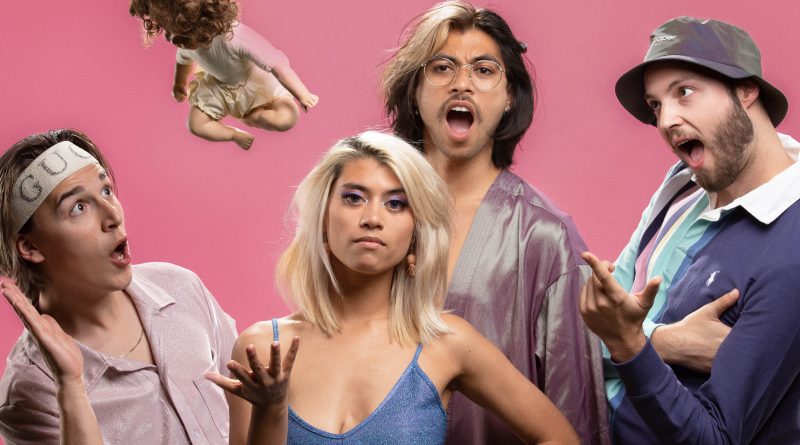 On the cusp of dropping a brand new single, Dutch pop-rockers 45ACIDBABIES are riding a wave of relentless releasing. Their last single ‘Mommy’s Favourite 1’ sums up the bands outrageously expressive approach to music, and the next one promises to be even more colourful.

The band, that has played alongside The xx and Blood Red Shoes, has put together a list of its favourite female European artists, to celebrate the incredible range of diverse music happening – here’s who you should be following right now.

Wende Is a very important presence in the Dutch music scene. She started out with French chansons because of her African roots and ended up singing in Dutch.

She works with various poets and translates their words to music with the powerful synth force of Ludowic. An incredible synth wizard. Wende is based in Royal Theater Carre where she creates a stage to curate upcoming artists and bring them together to make something beautiful. This is called Wende’s Kaleidoscope and it’s one of the most incredible experiences we’ve ever had as a band.

I was already enchanted by her movements and her voice during a show of WARHAUS where she did backing vocals. When I looked her up I saw the most incredible voodoo goddess with the most beautiful accent. I watched this video 15 times, I think. Just couldn’t look away.

I’m really inspired by Angelé. Everything she does seems incredibly thought out. Both artistictly and commercially. I’m really charmed by the french language and classical music because of my French roots. Angelé keeps surprising me. She is in my opinion a feminist power artist and a source of inspiration.

A female artist everybody should know is the Dutch singer Tessa Douwstra and her project LUWTEN. Tessa Douwstra writes pure popsongs. She succeeds in finding beauty in the simplest melodies and harmonies.

Working together with Frank Wienk, also known as Binkbeats, she decorates these melodies and harmonies with groovy rhythms. Also a special shout out to Ralph Pouw for his amazingly strong bass playing.

I’m going to cheat a little regarding the European artist as she’s Australian, but she’s married to a Russian man and living in Estonia at the moment. The super adventurous Pop diva is the prime example of “do what you love and let it take you to where it wants you to go”. Her music reminds me of the glamorous party vibes of WHAM! in a contemporary way and her social media presence (She’s such a feminist babe!) really strengthens that vision.