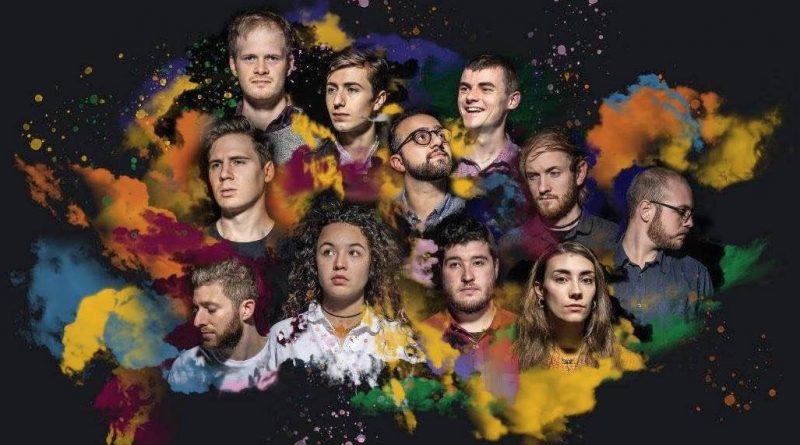 Editor’s note: As with most independent musicians right now, things are up in the air for Agbeko and they’ve cancelled the rest of their tour. If you fancy supporting them, their new EP and back catalogue are right here.

I walk into the pink room as Lovescene start up and the striking Pops Roberts is centre stage.

Moving between funk-ridden punch and soothing soul atmospherics, the set was carefully laid out and the perfect opening for what was to come. Although the band is fairly new, the individuals have clearly been working their craft for some time (with particular note to Ruben Sheridan on drums who was an absolute beat surgeon).

There is a timeless brilliance to this Neo-Soul and a casual air that is rarely found on stage with a project so fresh. It is very difficult to believe the band debuted at MIF last year, yet immediately clear why they are receiving support from the likes of Giles Peterson. Pops Roberts is a sweet, powerhouse of a woman and one of the most beautiful singers I have heard in a while. Of late she has been genre dabbling with some of Manchester’s finest (Swing Ting and Dub Phizix) – this is certainly one musical journey worth keeping an eye on.

It had been nearly 2 years since I saw Agbeko bring a rainy afternoon to life at Bluedot Festival. Having just released their new album D.O.D, it was the perfect time to see how this killer 11-piece were throwing down these days…

Immediately noticeable was the demographic of the audience. The age range was massive and the two people dancing the hardest were easily late seventies! One of these gents (who I then partied with all night) told me he has seen the band five times and ‘they’re shit hot’. By this point I’m already grinning ear to ear and two tracks later I’m clinking plastic in agreement.

The set burst the dance floor into life and was a super clean, unified exploration of afrobeat. This lot like to get people moving and thinking, with band and crowd alike chanting positive messages as bodies flowed all over the place. ‘We are the 48%,’ was the standout mantra of the night – great to see light-hearted funky sounds layer in depth.

Throughout the performance there was a certain look shared between the musicians and the audience. A content, knowing, excitable smirk. I love this look. This look says, ‘We know what is about to go down and you’d better prepare yourselves…’

Ellen Lewis was a blend of lead singer, political soapbox champion and absolute vibes queen. A fireball of a performance; Ellen solidified this as an evening of two powerful Manchester women.

After the gig I was asked (albeit in a devil’s advocate manner) if I thought that a primarily white band playing afrobeat was an appropriation. My answer is probably the best way to sum up what is great about this band. When it comes to music I think appropriation is a re-hash and a search for easy cheap thrills, without an understanding and a respect for origin. When you watch Agbeko, you can sense their love of this sound so clearly, that it emanates from every note and facial expression. These people have poured over their predecessors and are honouring the power of the sound with their instrument of choice. Agbeko are their own force of nature, with a message, an understanding and an consitent ability to erupt a dance floor.