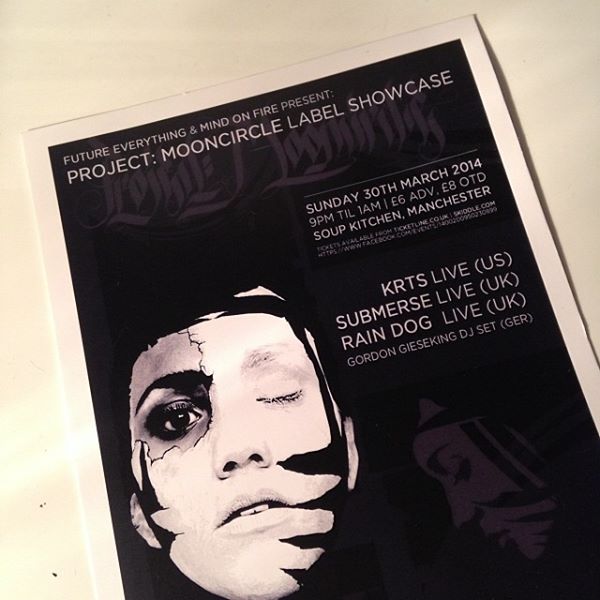 Our pals Mind on Fire have this little thing coming up on Sunday as part of the FutureEverything festival (link to more info on that below)… share this post on Facebook or Twitter (or email me j at groovement co uk with subject header PMC COMP) to be in with a chance of winning some guest list business!

PMC’s output is non-stop excellence, and I’m always peppering the Groovement podcasts with their releases. It kind of goes without saying that they are one of the key labels in exposing underground music around right now.

FutureEverything and Mind on Fire present a label showcase from Project: Mooncircle, the Berlin based imprint associated with HHV.de. As prolific as it is consistent, the label has released music by some of the most exciting names in electronica and abstract hip hop for over a decade, including Robot Koch, Long Arm, Kidsuke, Kelpe, Jehst, Flako, Deft and many more.

For this showcase they bring over Brooklyn born, Berlin based KRTS for his debut Manchester show, submerse, who recently released his third PMC EP Melonkoly, plus Rain Dog, who celebrated the release of his long awaited debut long player ‘Two Words’ in January 2014.

PROJECT: Mooncircle recently released a compilation, Uprising! which can be found here:
http://projectmooncircle.bandcamp.com/album/uprising