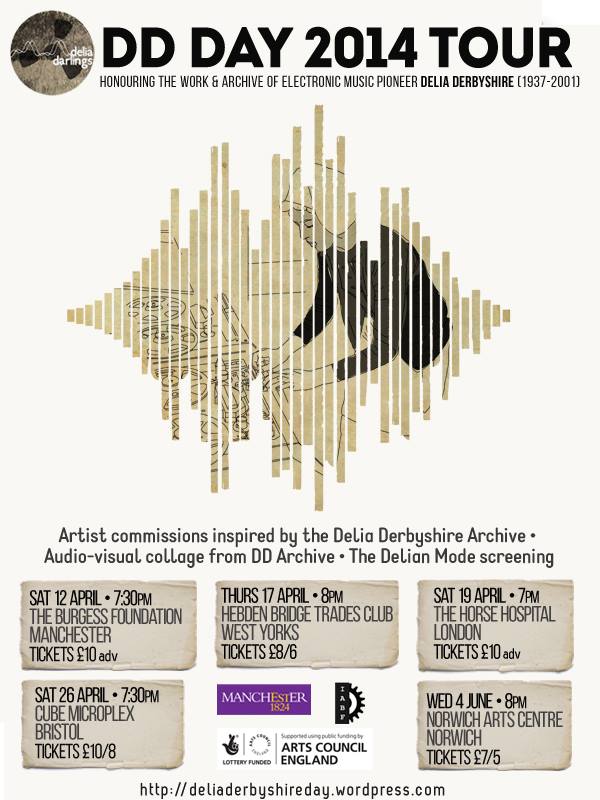 Preparations are well underway for the second Delia Derbyshire Day, following a successful first run in January last year. Curated by the Delia Darlings, a collective who have had the opportunity to spend time with Delia’s archive at Manchester University’s John Rylands Library, this year will see extended and new performances of pieces inspired by her work.

The producers behind this unique venture are Delia Darlings – a collective of suitably experimental Manchester based artists working in music, sound and creative technologies paying homage to Delia Derbyshire having spent time with her archives at the University of Manchester.

A 45 min audio-visual collage by Delia Derbyshire researcher David Butler and film maker Sarah Hill which takes the audience on a journey through the freelance work in the Delia Derbyshire Archive.

An informal talk by Teresa Winter who is undertaking a PhD at the University of York researching Delia’s work at the BBC Radiophonic Workshop. Teresa will talk about some radio programmes from the mid-1960s that Delia worked on in collaboration with others and discuss some of the electronic music techniques she employed.

Live performance of 3 music commissions by:

Each performance will be introduced by the composer explaining how their piece is informed by the DD archive, thereby increasing the sharing of archive material.

This event has been awarded funding from Arts Council England. Project partners include Manchester University and International Anthony Burgess Foundation.

For more information about this event, visit
http://www.skiddle.com/events/12095116?skcampaign=fbe
Minimum Age: 15 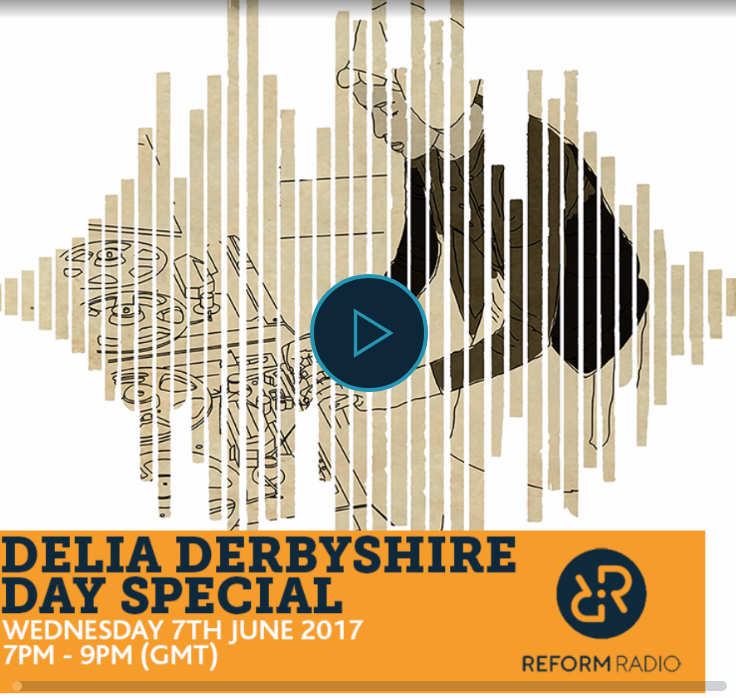