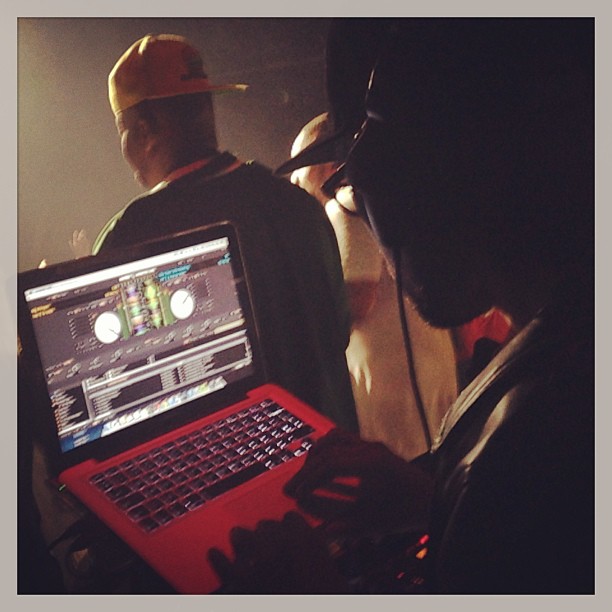 As with all things Wu related, you’re never quite sure what to expect when it comes to something which potentially should be the ‘Wu Tang after party hosted by Raekwon‘. Promoters Will Not Be Televised put Raekwon on at Antwerp Mansion around a year ago, where he came on a did a brief PA – to pull this off as well, to coincide with the full clan dropping into Manchester, is the typical sort of coup that WNBT specialise in. Back at the Mansion, we’d stuck Triumph on at the end when Rae was going off stage, and he nipped back on with a grin to run through a minute or so of it – I always said this entitles us to put Raekwon in brackets after our names now, but haven’t put this on flyers officially yet.

Here’s what happened last time (props to Nanny Banton, who manages to be at the front of both these videos – and in the RZA pics below, too):

“He disrespected me, and my man he punched him in his mouth.”

So yesterday DJ A-UP, mic don Bedos and myself (who all run Manchester hip hop night In The Loop) hooked up in town to have a good chat with Chalk and Aver of local outfit TNC (to find out more about Chalk’s about-to-drop debut album), to be followed at some point with a Raekwon interview. What actually followed was eight or nine hours waiting on Rae to give us a bell – eventually Masta Killa offered to join him, and we decided to hold off until the after show to conduct the interviews. Needless to say, this never happened. Man, I never even got my (or Air Adam‘s) albums signed things were so hectic. 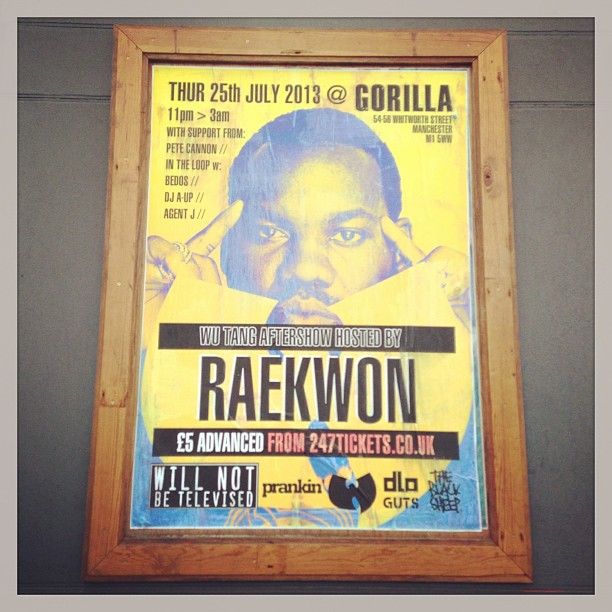 What did follow was pretty sick, though. Shouts to Pete Cannon first of all, who had to leave early and couldn’t spin for the Wu when they eventually hit the club at around half one. Myself and A-UP assumed this meant we were up, only for the RZA to enter the up-close-and-personal DJ space on the stage. ‘Hi,’ I managed, not quite sure what to do – were we doing Wustrumentals? Someone had just told me Raekwon wanted his new track. RZA, I slowly realised, was shouting ‘Gimme Kanye!’ in my ear – dude wanted some tracks from Yeezus. I nodded smugly, then started panicking when the Serato search box yielded no results. ‘Yeezus? I don’t have it, man. It’s on the other computer’.

Have you ever had the RZA raise his arms in despair at you and lock you with a dead stare, like ‘what the fuck?’. I did, last night, a good three times or so, and I thought that was my hip hop career ended there and then. I looked towards Bedos for reassurance, but he was pissing himself laughing.

Meanwhile, Raekwon and Ghostface Killah (and intermittently, Cappadonna and Masta Killa) were stood on stage waiting for some music to start. Rapidly feeling like I was about to single handedly ruin a Wu Tang show, I managed to drag Ice Cream onto the deck and get the record cued for the Abbot. Over the next few minutes, RZA quickly learned to not ask me anything, as he just got a blank stare because I couldn’t hear a word he was saying – Gorilla is probably the loudest stage in the world.

Eventually we get into the flow with Slick Rick, and then it was A-UP’s turn to make sure the RZArector was okay on the wheels.  I think in total the Wu were up there around 45 minutes – Rae was all smiles and nods of appreciation, even asking our names, Ghost was a pillar of disinterest but perked up when Apollo Kids came on – at one point he stopped a record with his hand and RZA wagged his finger at him, like ‘No, man…’. Raekwon was a gent throughout, and it was pretty funny how he kept turning around to see just what Robert was up to on the turntables. Peep ten minutes or so of the party at the end of this post. 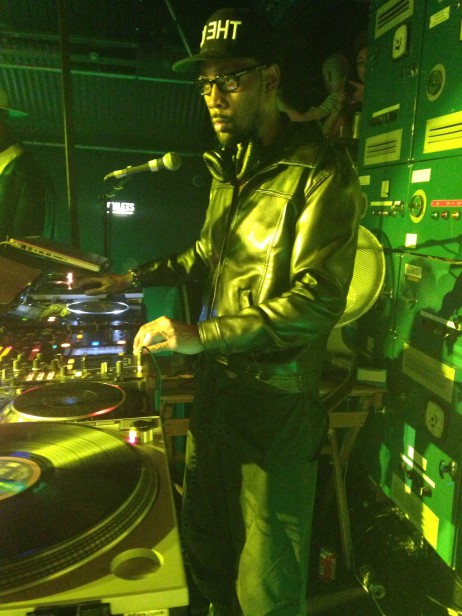 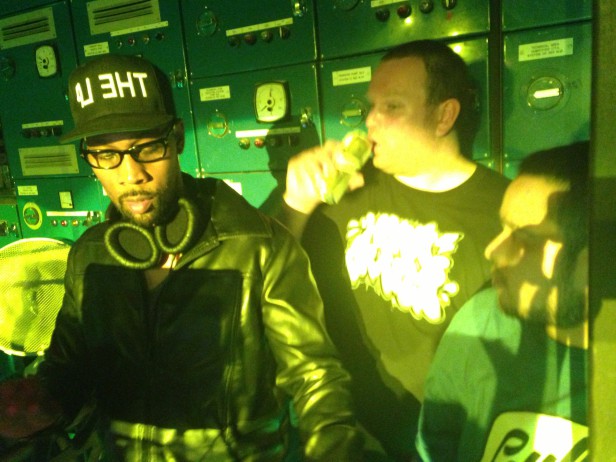 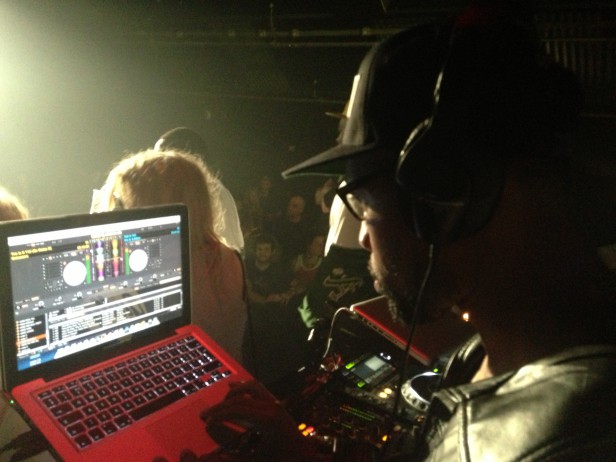 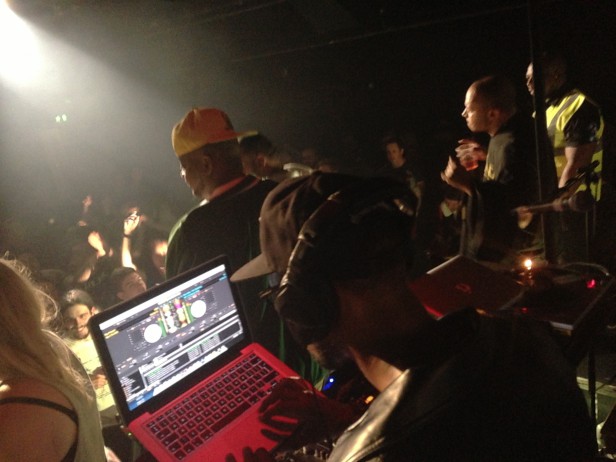 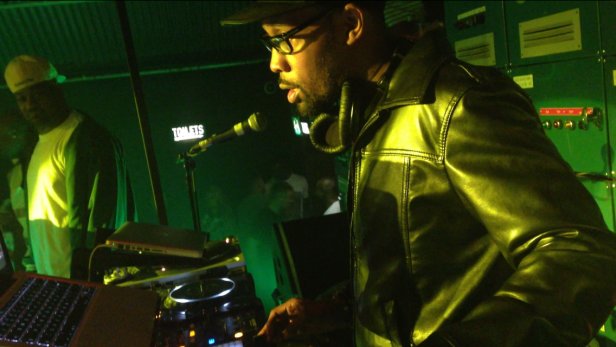 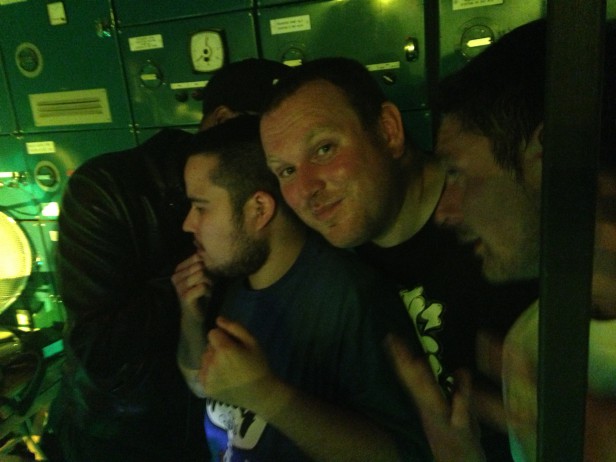 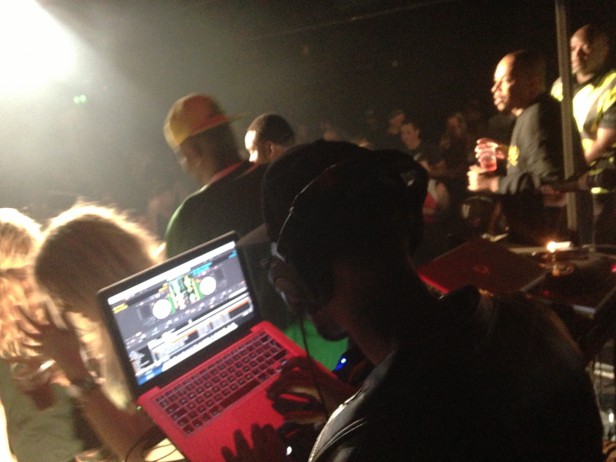 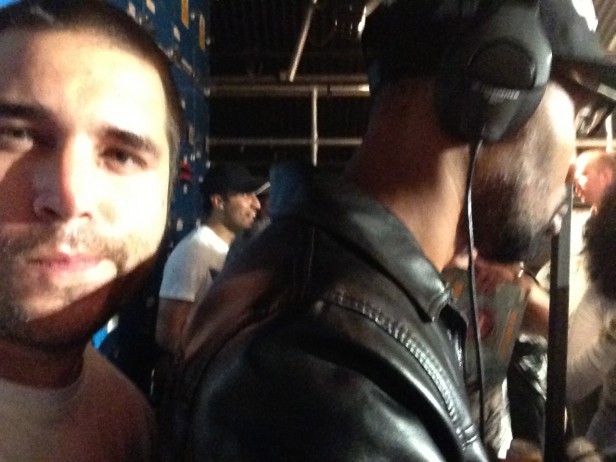 RZA is a master of polite ignoring. One guy was jumping up and down next to him, and at one point shoved his wax in RZA’s face – a single finger held up ensured the man relented, as if a calm came over him. He even did the monk joined-hands and nod to another guy.

We did get a grin off the RZA when A-UP found some Dawn Penn (‘Have you got any reggae? Have you got ‘No, No, Noooo’? What about Sizzla?). Then we asked him for a pic together, he said ‘Sure,’ then walked off stage before we managed it.

So, massive thanks and shouts to my partners in loop, Bedos and DJ A-UP. These guys never stop. Shouts to Will Not Be Televised for pulling it off again (looking forward to next time), and shouts to all the crowd who were asking A-UP and Bedos for pictures afterwards. Shouts to Raekwon for making us feel welcome on the Wu stage. And that guy, did you ever get your record signed? ‘Cos I didn’t.