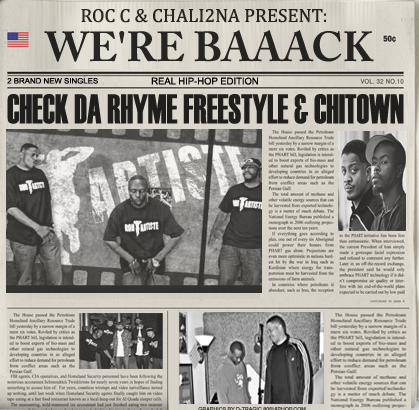 A teaser over two standard bangers for forthcoming new work from Con Artiste.

The duo are currently recording music for their second album under a new moniker “Con Artiste” and will be re releasing their first album through Wandering Worx Music.

Roc C and Chali 2na, who are both originally from Chicago, established their names in California throughout various stages of the West Coast Hip Hop movement.