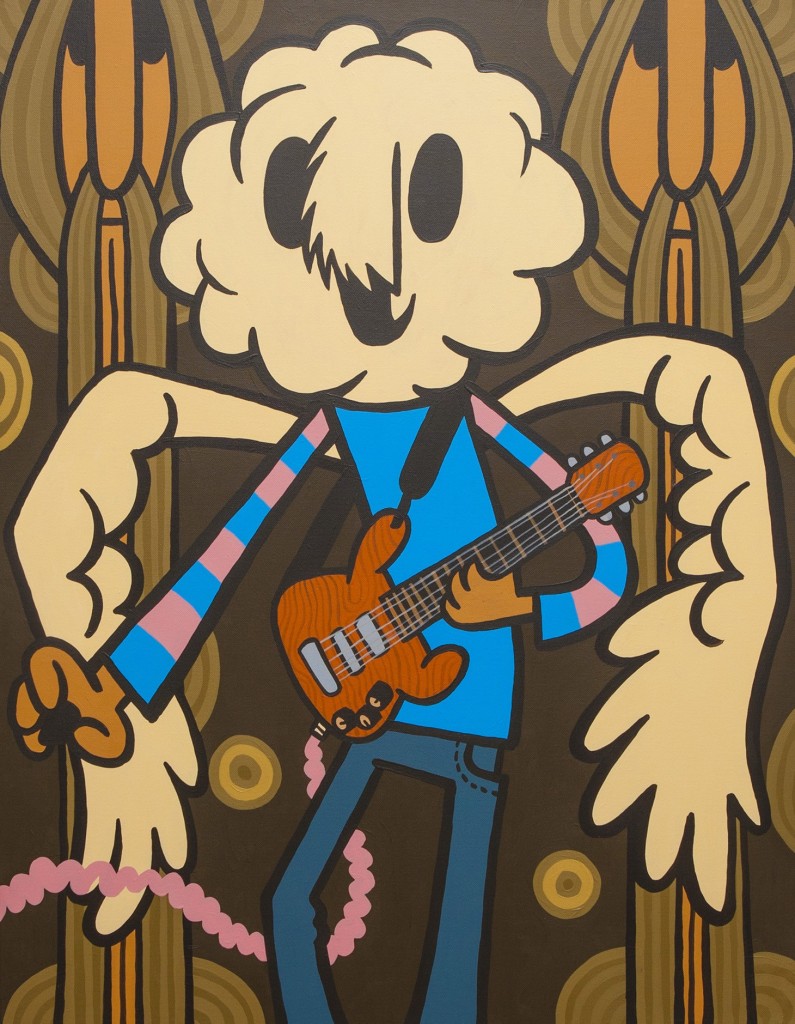 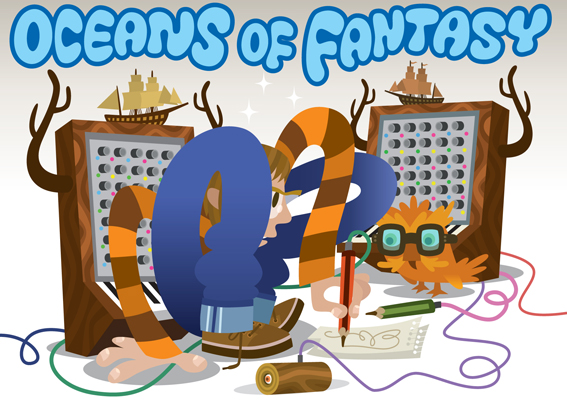 I know Pete Fowler’s work from his Super Furry Animal covers, but he’s also well established with his Monsterism world. Check his blog here and the press release below.

“[During Britpop] a conservative mentality evoking some idea of 1960s London life prevailed. Pete’s work was the opposite – an internationalist vision of the future. As much as our music inspires him, Pete’s artwork inspires us.”

Reflecting on fifteen years of collaboration with bands including Super Furry Animals, the international rise of his World of Monsterism, plus new work exploring musical themes and Cornish landscapes, Pete Fowler launches his Oceans of Fantasy exhibition at Wales Millennium Centre from 8 December 2012.

Known for his vibrant, colourful illustrations and paintings of otherworldly creatures in imagined places, Cardiff-born Fowler will weave his work through the Centre’s gallery and public spaces in a landmark celebration of his talents. In the artist’s own words, the exhibition will invite visitors to dive deep into his oceans of fantasy, showcasing previously unseen drawings, sculptures and videos accompanied by an artist-curated soundtrack played throughout the building. 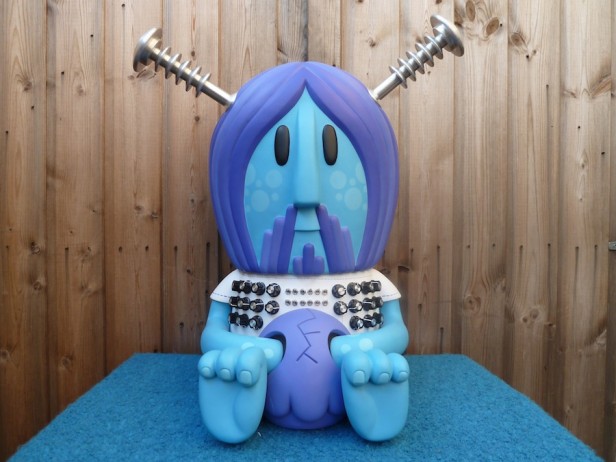 A self-confessed music obsessive, Fowler started his rise to prominence with the single sleeve design for Super Furry Animals’ Hermann Loves Pauleen single in 1997, going on to illustrate most of the band’s subsequent albums, singles and videos, alongside lead singer, Gruff Rhys’ solo projects. On top of Fowler’s music industry commissions, including his recent video for The Horrors’ Changing the Rain, examples of the artist’s popular range of toys that emerged from his World of Monsterism are to feature in the show having attracted a global audience of collectors.

Fowler will be digging deep into his archive for the show, but is just as excited to have the opportunity of showing newer work for the first time in his home city, saying: “My studio is like an Aladdin’s cave of sketches and original artwork for the projects I’ve done with the Super Furries, so there will probably be some things that fans won’t have seen before. It will be fun picking those out, but I can’t wait to show newer work too, including the landscape paintings I’ve been working on in Cornwall. I studied there, go back regularly and have always been inspired by the sea. I’m not known for landscape painting, so I am pleased to be able to show those pieces and maybe alter perceptions.”

As a graduate of Falmouth Art School, leaving in 1991 with a BA Hons in Art, Fowler’s affinity with Cornwall is well established. Although the paintings present a diversion from the character-led scenes the artist is known for, they are unmistakably his. Reimagined in bold, confident swathes of colour, the viewer encounters waves crashing over treacherous rocks; craggy rock pools battered by the Atlantic, sea views stretching as far as the horizon and deserted country lanes. Without a human or any other creature in the images, audiences can find themselves left alone in an almost psychedelic, rainbow coloured vision of coastal Britain reimagined by the artist.

Fowler admits to being inspired by the legends that lurk in Great Britain’s most southerly county, as well as one local artist in particular. He says: “I’m inspired by the mists of Cornwall and the folklore that exists there, with tales of witchcraft and the stories connected with the Cornish Saints. I also find the work of Alfred Wallis inspirational. He was a fisherman who became a famous artist much later in life without any training. He was an outsider who painted from memory and with great imagination. I’m drawn to outsiders like him, and perhaps I consider myself to be one.”

Having adopted the iPad as a method of quickly capturing scenes and developing ideas before applying them to canvas, Fowler’s paintings combine the immediacy of modern technology and more traditional art techniques. Other paintings include cartoon-like portraits of Chariots of Fire composer, Vangelis and one of Fowler’s musical heroes, the influential producer of the 1950s and 60s, Joe Meek.

Fowler will further stamp his presence on his home city, by creating a mural inside the Wales Millennium Centre, enticing visitors further into the unique world he has created. The mural is not only expected to draw on the artist’s cosmic nautical themes and unstinting devotion to music, but also reflect the artist’s interest in the immersive, but temporary nature of art. A 3ft tall sculpture, Van AudiOrlax, is not only the largest custom-built figure Fowler has ever produced, but features an in-built synthesiser/Theremin, installed by mechanical sculptor/robot builder David Cranmer.

Looking forward to Fowler’s return to the city, Conrad Lynch, Artistic Director at Wales Millennium Centre said: “As an artist who has clearly influenced both the music and art worlds, we’re proud to be bringing Pete Fowler and his work back to Cardiff and to the Centre. As a Welsh artist working on an international scale, the exhibition will not only be an opportunity for us to celebrate the far reaching creativity of Wales, but a chance to inspire the next generation of home grown, creative talent.”

Pete Fowler, Oceans of Fantasy, will run at Wales Millennium Centre from 8 December 2012 – 24 February 2013. The exhibition is free of charge. For further information visit: www.wmc.org.uk/exhibitions 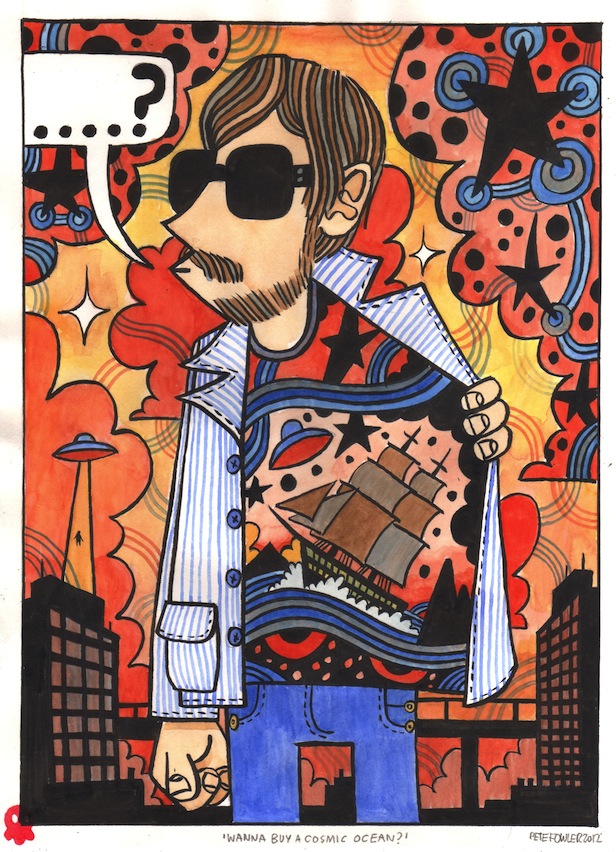 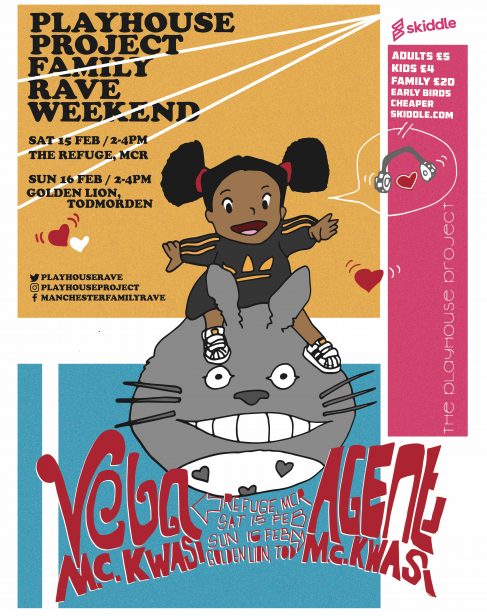