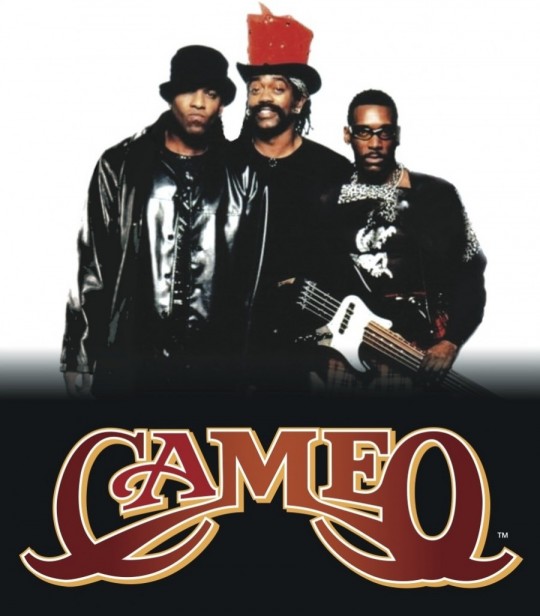 Mean Fiddler and Jazz Cafe, in association with Band On The Wall, present one of the greatest funk and soul bands of all time live at HMV Ritz, Manchester.

Cameo have topped the R&B charts for more than a decade, sold more than 17 million albums and are one of the most popular Funk/Rock and Soul bands of all time. Line-ups change, styles evolve, and record labels merge, but Cameo have maintained their core funkiness for nearly four decades. Cameo have permanently marked major turning points in music and set the standard that many have tried to duplicate and follow. Cameo’s creator and producer; Larry Blackmon, along with founding member Tomi Jenkins are once again ready to challenge the way the world listens to music!

The New York City-based band, led by drummer Larry Blackmon, debuted with a single called Find My Way on Chocolate City Records. Larry Blackmon has been synonymous with Cameo since the beginning of his career in the music industry, growing up in New York City, and digesting the sounds of the city streets.  A sought-after writer/producer/director/ musician;  Blackmon has produced projects for several outstanding and chart topping artists including:Bobby Brown, Chaka Kahn, Red Hot Chili Peppers, Eddie Murphy, Arsenio Hall and 8 Ball & MJG, just to name a few.  Many artists have paid respect through the replication of Cameo’s unique funk-filled sounds. A multitude of recording artists and filmmakers have re-created and/or used original recorded versions of their favorite CAMEO music and songs in projects/films being played today. These artists include TuPac, Boys II Men, Will Smith, 8-Ball& MJG,Snoop Dogg, Mariah Carey, KORN to name just to name a few.

CAMEO’S worldwide breakthrough with the Word Up LP shook things up in 1986! This platinum-selling album was an international smash!  The album was Grammy nominated for the Record of the Year. And after opening the show with a rousing performance at the 1st Annual- 1987 Soul Train Music Awards Cameo took home two awards that night:

From the seventies through today, CAMEO has been churning out trailblazing hits – now come and enjoy this legendary band live at Manchester’s iconic Ritz. Advance booking strongly recommended.