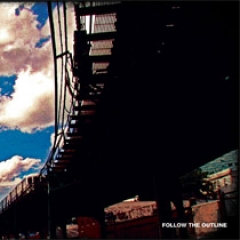 Big up to Rahul Verma, reviewer for the Independent newspaper in the UK, who’s got FOLLOW THE OUTLINE as album of the week! Big tings, ATIC.

Check the Groovement podcast with Crowhead, where we previewed a couple of tracks from the LP.

Remember AIM, aka Cumbrian Andy Turner, of floaty, melancholic hip hop on Grand Central Records fame? Well he’s back – sort of – with a compilation, and here’s a review of it that ran in the Independent’s Information going out supplement on January 2nd.

Andy ‘AIM’ Turner delicate hip-hop, on cult Manchester label Grand Central, soothed many a comedown and hangover in the early noughties, and a decade on as his label’s debut compilation will do the same. Highlights including Aim’s ambling, headnodding beatscapes, Gripper’s lo-fi cosmic disco and accordion house, and Crowhead’s dark, tense dusty rave, perk the spirt and are the antidote to January blues. 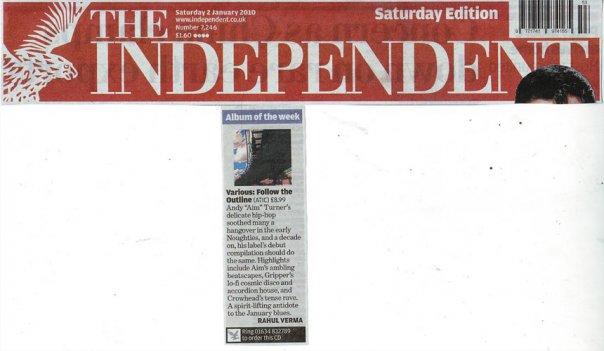