This was a great night, organised by Mind on Fire and the MCC Collective (Manchester Creative Cluster). We’d all been looking forward to Onra hitting Manchester and there was a nice air of excitement around the Mint Lounge, not least because Martyn was going to headline later too (I was playing in the backroom at this point – twas empty while everyone bumped and grinded to Martyn).

I’d been chasing Onra for an interview for months and was dead chuffed to be able to do it face to face, even if it was round the back of the club in some wasteland under a space invader. I even got my records signed… 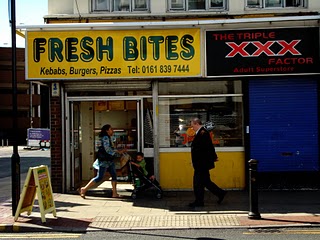 To top it all off, it was Onra’s birthday come midnight. Where better to spend it than the celebratory surroundings of Fresh Bites? Look how ecstatic he is! The MCC more than made up for it later though, with a lovely birthday cake presented to him onstage. Aw. Did you know you share your birthday with Leo the Groovement Cat, Onra? You do now!

Onra’s reputation continues to swell as we enter 2010 and he’s still, hands down, one of my favourite producers out there. The French press are picking up on him a little more…

Onra’s currently beavering away on his next LP for ALL CITY RECORDS (upon which My Comet was released as part of their 7X7 series). 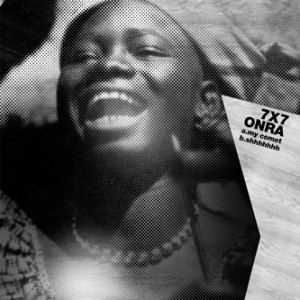 At some point in early 2010 Onra will hopefully be dropping Groovement a mix too so keep ’em peeled for that! 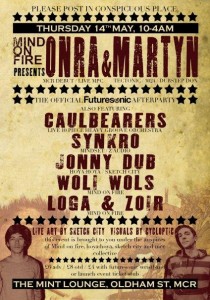