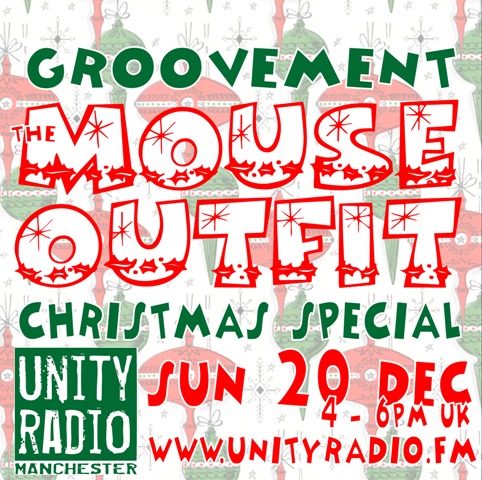 The snow was falling and spirits were high… Crackers and mince pies litter the studio with flute, guitar and beatboxing ready to go for the Mouse Outfit Christmas Special on Groovement. Live performances from the band round out the show after each (available) member chooses a couple of their favourite tunes. Also joining us is Manc beatmaker Danny Drive Thru with a brand new track in anticipation of his beat on the new Fat City compilaiton PRODUCERS #2.

If you don’t know about the Mouse Outfit then go here. They’re ending the year on a high with a recent appearance on BBC Radio 1Xtra’s Ras Kwame Homegrown podcast, last week’s Craig Charles Funk and Soul Show and some airplay on BBC Radio 6’s Tom Robinson show later today.

Videos of live tracks from the show:

Listen to THE MOUSE OUTFIT

The MOUSE OUTFIT caught on film…

One thought on “Groovement Christmas Special: THE MOUSE OUTFIT live”