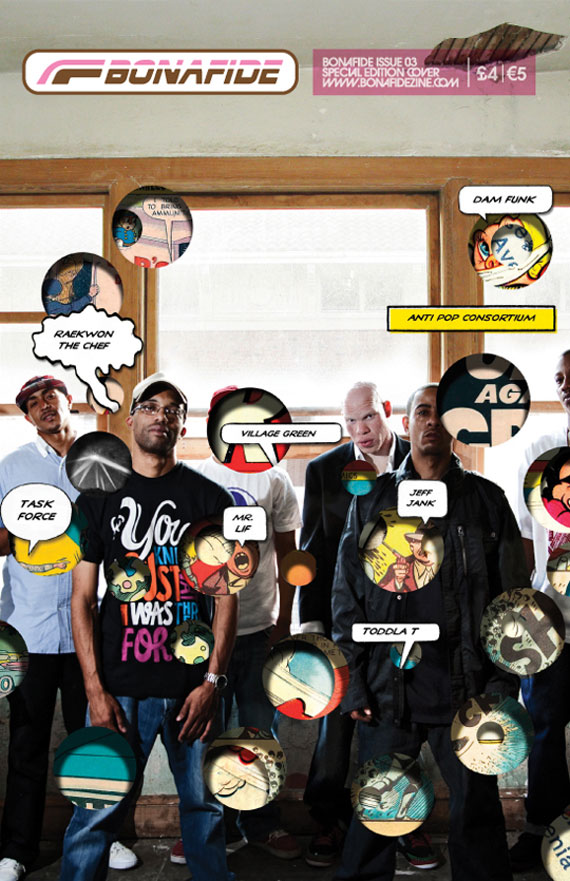 Big upsters to Leeds based hip hop mag Bonafide – its glorious Jeff Jank interpolated cover graced the Stones Throw website this week. A true gem in the niche market of hiphop/art independent zines, Bonafide is beautiful to look at and in the case of this issue, good enough to eat.

Strong Arm Steady, J.Rocc, Planet Asia and others off the In Search of Stoney Jackson album grace the cover of UK’s Bonafide magazine, issue #3, just released. Cover shot was taken by Mathew Scott, then poked full a’ holes and designed by ST art director Jeff Jank, who is featured in the mag.

In the interests of full discloure, as well as the above mentioned spiffing content, you’ll find a retrospective on Stephanie Mckay written by Groovement’s own Agent J.

NxWorries aka Anderson.Paak and Knxwledge release video for Suede

One thought on “BONAFIDE mag on STONES THROW site”