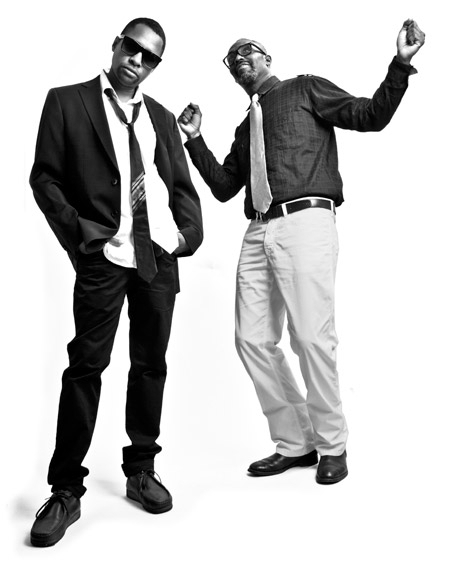 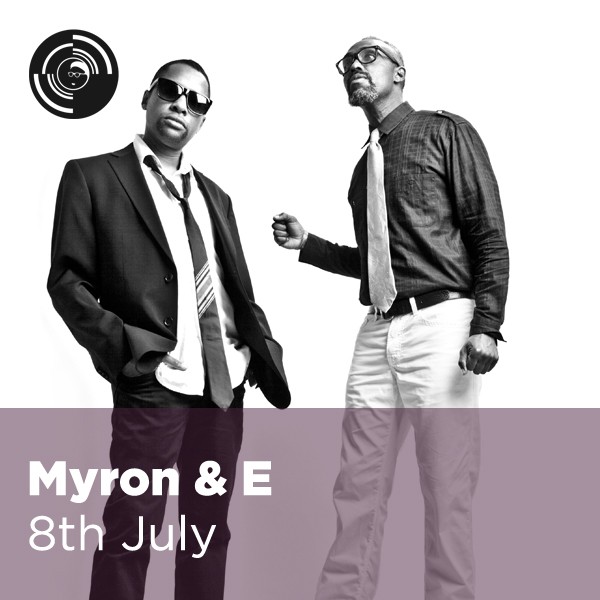 The vocal duo is something of a rarity. There have been countless solo stars, trios, quartets and quintets, but the pairing of equally talented singers isn’t nearly as common. Sam and Dave, Ashford and Simpson, the Righteous Brothers and the Everly Brothers comprise a short list of standouts. Enter Myron & E.
Retro-soul vocal duo Myron & E are Myron Glasper and Eric Cooke. South Central Los Angeles native Glasper has been active since the early ’90s, when he danced in episodes of In Living Color and worked as a background vocalist during sessions for MC Lyte and CeCe Peniston. Cooke, from Newark, New Jersey, came up as a DJ and producer. The two crossed paths while touring with Blackalicious but didn’t form their duo until Cooke asked Glasper to help him write and sing over instrumentals recorded by Finnish retro-soul band the Soul Investigators. As Myron & E, they debuted on the Soul Investigators’ Timmion label in 2008 with single “Old Game”. After a number of 7”s, Myron & E, still backed by the Soul Investigators, released an album, Broadway, last year on Stones Throw.
Since then, Myron & E have been focused on building their live performance, which includes sold-out shows and a stellar showing at SXSW.
This duo are not to be missed and are probably the closest you will get to “classic soul” these days. 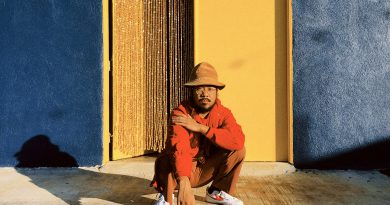