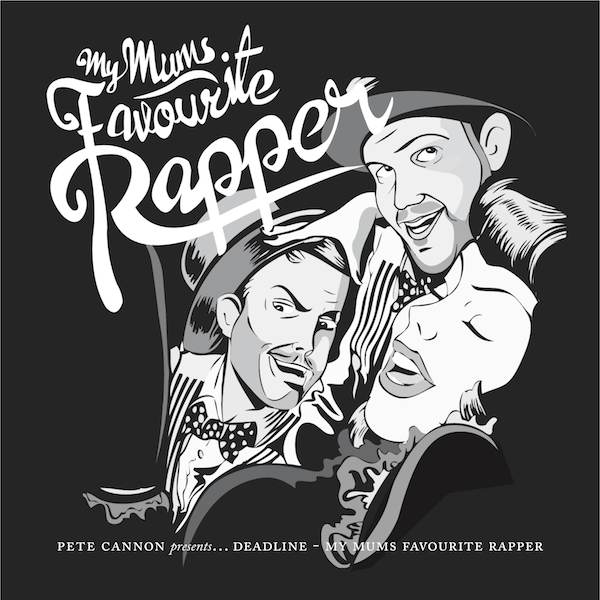 Pete Cannon has one foot firmly in the UK underground while his hair is teasing the UK pop charts, having produced Rizzle Kicks’ most recent single, Lost Generation (see the Blackpool Gazette for more on that). This year he’s got music to drop with Del the Funky Homosapien, Action Bronson, Maffew Ragazino, Sway and another track on the Rizzle album. He also just produced half of the new Dirty Dike album, a new Dr Syntax LP and some instrumental business with Wizard on SBTV. Man is busy.

Deadline is a rapper/songwriter/film maker / author originating from Birmingham but living in London, formerly of crew Tactical Thinking which included the aforementioned Cannon. The two have teamed up for My Mum’s Favourite Rapper, an explosion of loud noises which would would probably be banned in the Harris Academy Upper Norwood for fear it might inspire slang to be spat over it. Have a flick through the tracklist below to have a look at contributions – the album is released digitally 18 November 2013.