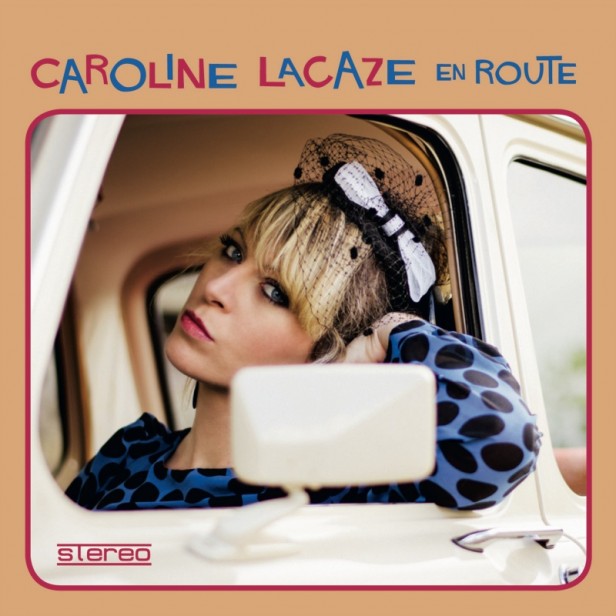 The Mocambo sound has traditionally been raw analogue funk (both in terms of their own house band and the 45s and LPs the label released) but the introduction of Caroline Lacaze into the ranks saw them leaning towards more of a blissed out sixties swing… and so Caroline makes her long playing debut with the Mocambo Electric Sound Orchestra, a new incarnation with a startling sound – and definitely not short of the funk. Never ones to stand still, Mocambo continue to climb from their humble beginnings to the top of the soul game. Recognise!

Preview tracks over at Kudos.

“The mixture of French singing and raw soul really works by gad. A match made in heaven.” (Emrys Baird, Blues & Soul magazine UK)

“The French language vocals give it a feel unlike most new funk we’ve heard lately. Caroline’s got a greatly soulful voice” (Dusty Groove USA)

” What a lovely piece of funk magic – that’s how soul in 2013 should sound like. Cool, powerful and with a twist.” (Michael Arens, Soultrainonline Germany)

“The French vocals provide a refreshing perspective and a nice touch…super-impressive backing.” (The Blue-in-Green-Blog)

“A talent that is undeniable” (Colorising.com)

“En Route” is the stunning debut album of young soulful French chanteuse Caroline Lacaze. It tells her story as a musical roadtrip.

After performing weekly for several years interpretating chansons in her home country, Caroline moved to Hamburg, Germany, and dedicated herself to write and record her own songs.

The ‘swinging mademoiselle’ released a string of successful 45s on renowned labels such as Mocambo, Tramp Records and Légère Recordings, appeared on the Mighty Mocambos’ album “The Future is Here” and became a regular feature of the group on the subsequent tour throughout Europe – including support shows for Lee Fields (in Amsterdam’s Paradiso and London’s Islington Assembly Hall) and a radio live performance at the BBC6 Craig Charles Funk & Soul Show.

Caroline Lacaze now steps further into the spotlight with her first full album “En Route” – in a style that is all her own. The mixture on “En Route” is eclectic: nonchalant 60s beat, mysterious psych-pop, raucous funk and longing French chanson, all held together by the energetic raw soul sound and the skillful ‘mise-en-scene’ of the Mocambo Electric Sound Orchestra.

Whether the mood is uplifting (“En Route Madame”), mysteriously sexy (“Minutes D’Insouciance”), melancholic (“Ici”), joyful (“Laisse Tomber”), sombre (“Je Reste”) or a shift up a gear from mere retro with a hot-rodded take on the Serge-Gainsbourg-penned Brigitte-Bardot-classic “Harley Davidson”, Caroline sings it with passion, energy and sincerity that is rarely heard of today. The Mocambo production team provide a musical background with expertise, as they have proven before on their collaborations with the Mighty Mocambos, Gizelle Smith, Kenny Dope, Afrika Bambaataa, The Bacao Rhythm & Steel Band and others.

“En Route” can be seen either as a simple battle cry (‘let’s go’) or as a reflection of life in exile and on the road. Caroline Lacaze’s songs capture all the facets of an exciting voyage, the joy and pain of being away from home, leaping straight forward – with an occasional look in the rear-view mirror.

“En Route” is available on Mocambo vinyl and Légère CD and digital formats.

Preview: THE IMPELLERS // This Is Not A Drill {Mocambo / Legere Recordings}