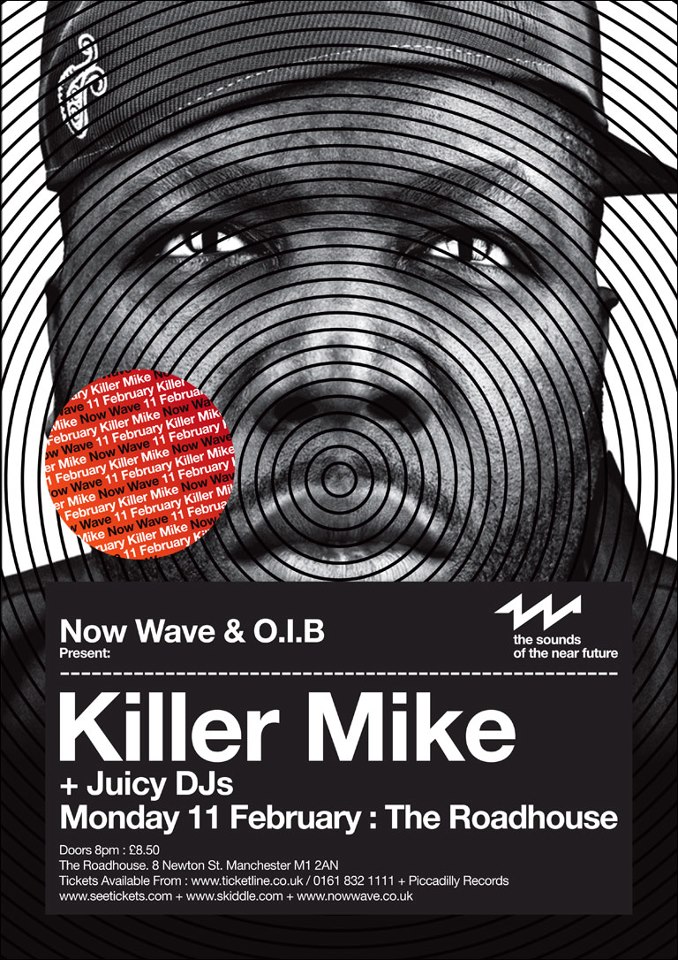 Killer Mike turned in one of the highlights of hip hop in 2012 with long player R.A.P. Music, combining his Southern raps with East Coast beats from well-respected Def Jux boss El-P. Politically and socially conscious lyricism has won Mike fans both attracted by the indie connection and who simply want to hear relevant hip hop. Killer Mike made his musical debut on Outkast’s Stankonia album in 2000, and ended up winning a Grammy for The Whole World with the same crew. Mike’s also known as a voice artist for the likes of Adult Swim, and even finds time to run his own barber shop back in Georgia. Tonight though, expect minimum hair cuts and maximum tight, clear lyricism with a ferocious command of the stage.

#groovement10 A series of guest playlists. For