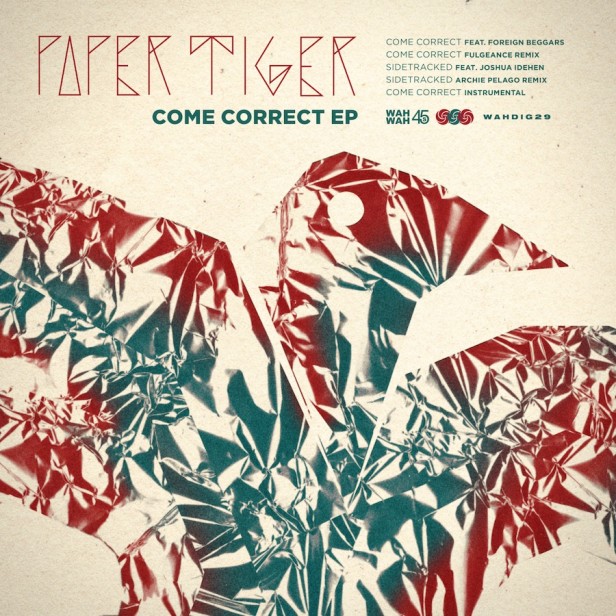 They have a collaboration with Homeboy Sandman (Stones Throw) in the pipeline too, so 2013 should be fairly bloody large for this lot, who have it coming frankly.

Recent Wah Wah signings out of Leeds, Paper Tiger, have spent the last few months preparing an arsenal of bass worrying electronic music ready to unleash upon the masses in 2013.

Their debut “Priceless” EP for Wah Wah 45s, released last summer, was a visceral, uncompromising concoction of hip hop, post-dubstep and electro-soul music featuring resident wordsmith Raphael Attar (of “Gary Barlow” fame) and led to the band playing at festivals across the UK including Lovebox, Mostly Jazz and the Secret Garden Party to much acclaim.

Paper Tiger will be supporting Homeboy Sandman on March 7th 2013 at Cargo – a sure-fire taster of what’s to come as the pair collaborate on the next EP from the outfit, due in April.

“Takes the synth-prog density of a Rustie or Slugabed and lifts it on clouds of Don Cherry rhythm” Joe Muggs, The Wire Magazine (UK)