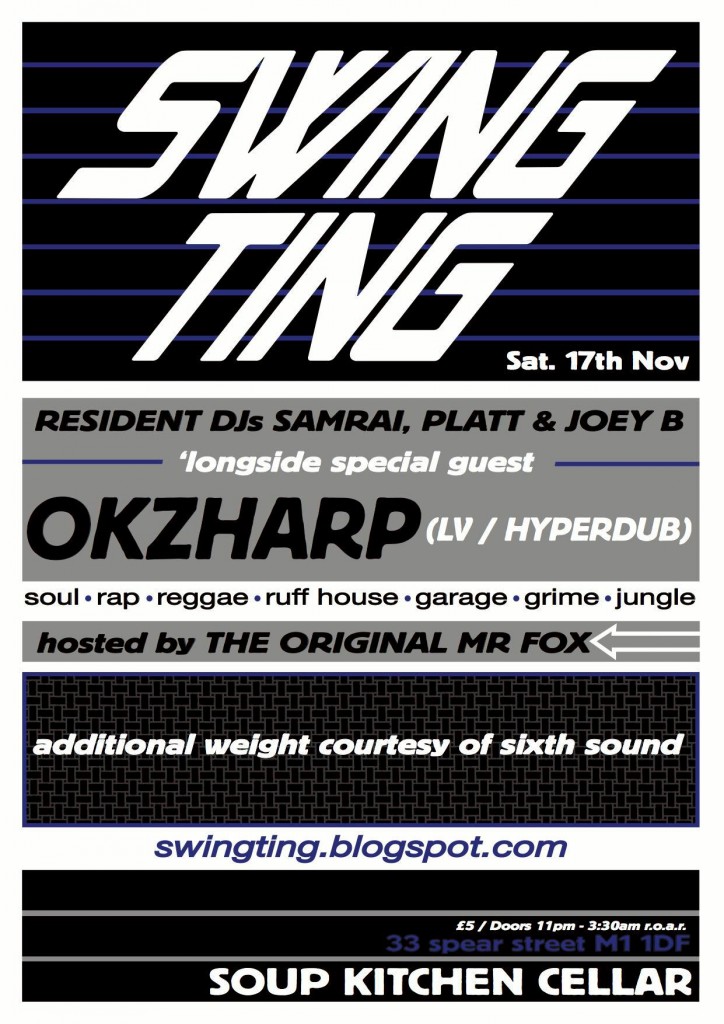 SOUL. RAP. REGGAE. RUFF HOUSE. GARAGE. GRIME. JUNGLE
————————–——————-
November sees us welcome OKZHARP to the cellar for special session. You may know his output as one third of Hyperdub’s LV, whose album ‘Sebenza’ has seen heavy rotation worldwide (one of the year’s best) – ‘Uthando Lwaka’ has become a bit of a Swing Ting anthem in recent months.

For those unfamiliar with his South African inspired output, look no further than this recent feature and mix on Blackdown’s blog
he has also contributed a mix for our good friends over at Wifey