This film will be about Venezuela’s ‘Hip Hop Revolucion’ (HHR) movement, an inspiring collective of musical revolutionaries.

I went to Venezuela to shoot the documentary in November last year, alongside Jody McIntyre (co-director), GlobalFaction (cameraman) and UK-Iraqi rapper Lowkey, who performed at HHR’s 8th anniversary concert.

At its heart this film will be about the power of community, music, and the spirit of rebellion. The film will also be a testament to what can be achieved when idealism is allied with hard work and mutual solidarity.

This article gives some more background to the film. 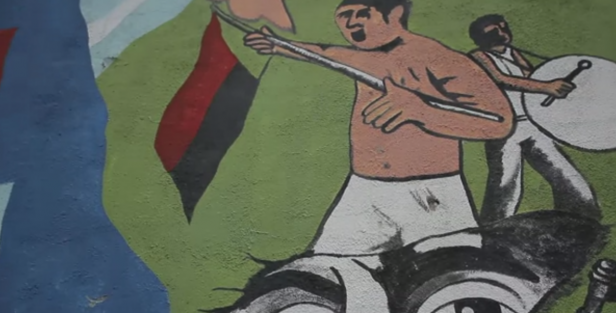 We’ve embarked on a crowd-funding drive and have made an appeal video telling you more about the film – you can see it here.

You can donate to the film’s production on the crowd-funding website IndieGoGo here.

(IndieGoGo charge 4% commission on all debit/credit card donations if we hit our target, and 9% if we don’t. IndieGoGo’s PayPal function also charges 9% commission, so if you’re going to donate via PayPal please use this page instead as we will only pay around 4% commission this way).

I know times are hard so even if you can’t support the film financially, remember you can still help us by:

1. Sharing this campaign with your friends and contacts

For more information about the film, visit: Alborada net

Thanks for reading and for any support you can give to the project.