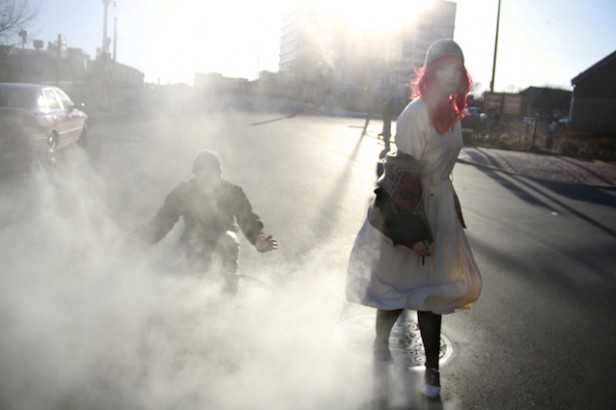 Signed to Plug Research, SONNYMOON take Zodiac Shift and make it their own.

“Sonnymoon, two mystical beings, also known as Anna Wise and Dane Orr, has just begun their musical imprint on Earth with Plug Research. Sonnymoon now presents us with an intergalactic remix to Flying Lotus’ “Zodiac Shit,” from the acclaimed Cosmogramma album. This one is sure to leave a mark.

While the original song is still in tact with it’s pulsing bass, Sonnymoon adds dreamy lyrics and harmonious textures that float effortlessly over the modulated beat. With a perfect cosmic balance, the vocals glide and crescendo along the glitchy, terrestrial bleeps and kicks – comparable to a collaboration between Flying Lotus and Portishead, but with a futuristic twist.

Sonnymoon is in the last phase of creating a new batch of astronomical sounds. Look out for their new album transmitting soon on Plug Research.” Out Now: THUNDERCAT // The Golden Age Of Apocalypse