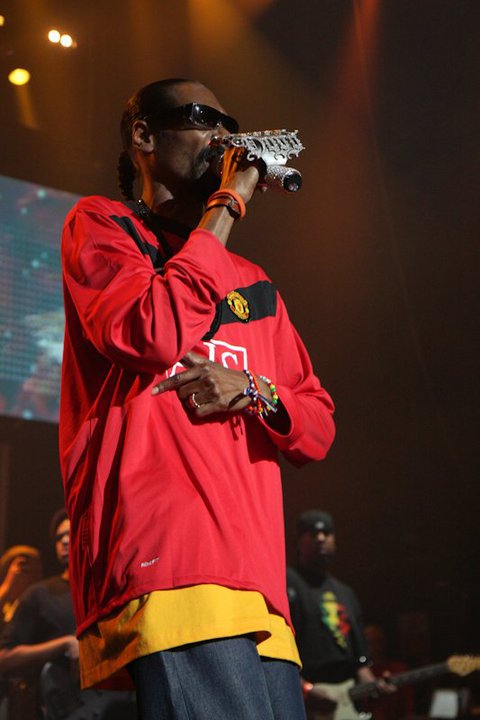 First off… the BBC is ill informed.

I didn’t see Ice Cube at tonight’s gig, and neither did anyone else… 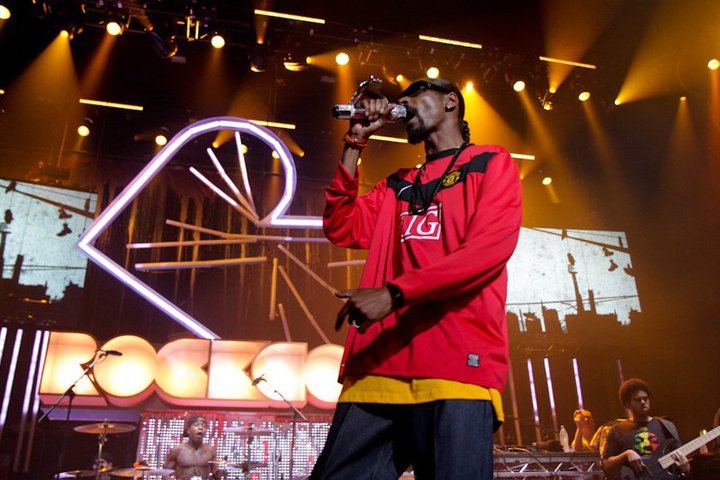 Snoop’s in Manchester as a reward for all the volunteers who’ve given up four hours of their time to community work in schools, parks, centres and more for this year’s Orange Rockcorps drive. He’s hit the local headlines by claiming he’s in talks for a part in Coronation Street (landlord I reckon) and also made an appearance in Salford for Rockcorp’s final project at Ordsall Youth Centre. He wore his mate’s Number 5 shirt all the way through the gig…

The queue outside the Apollo seemed longer than last year’s (which saw Gaga, The Enemy, N-Dubz and VV Brown as entertainers – VV was the most quality by a mile), perhaps because a balls-up behind the scenes saw the Rockcorps project staff have to join the end of it too. The atmosphere at these gigs isn’t quite the same as at a ‘normal’ night: everyone in there has had the shared experience of community work and is there to share the reward, so giddiness reigns supreme.

Tom Middleton handled the DJ interludes once again – I do feel sorry for him, having to crouch down and hide every time he has to suddenly stop in the middle of a mix for the next act, yet you can still see his little white cap popping around behind the decks. Nice selection, across the board, and a great response to Nice Up’s version of Dizzee’s Pussyole (Old Skool). Not sure what his set up was but lots of button pushing going on.

Mr Hudson struggled on with crutches, jumped around like a bunny for twenty minutes then limped off – good on ‘im for going ahead with it. Some nice sounds coming from the band but noticeably poorer sound quality than everyone that followed. Much better than what I was anticipating following lacklustre reports from his performance with Jay Z recently at the Manchester Arena.

Tinie Tempah really did kill it, sounding as crisp as Snoop’s minder’s pressed suits. He’s got the personality to go with it too, complimented by a floor shaking band and DJ. Groovy.

Vampire Weekend, as token guitar band, initially received a lukewarm welcome (as the Enemy seemed to last time) but the crowd soon warmed up after A-Punk (that one off that advert) and a couple of others off their debut album. Looking back it might have made more sense to put them on before TT in the name of mood, but no mind as they whipped up the volunteers nicely. 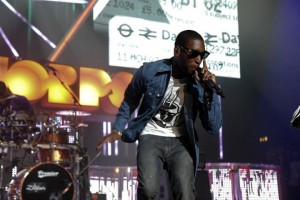 And so to Snoop. Introduced by his band, the Snoopadelics, who were as tight as a gnat’s chuff all night long (special props to the drummer Carlos McSwain, who spurted out all sorts of tempos over the hour including having to drum all over intro tune Ride of the Valkyries as well as replicate/add to various production from Snoop’s back catalogue and some rave segue too), a proper large build up saw an explosion of hand pointing and head nodding with the kicking off of the Next Episode. Snoop gave a full on, interactive performance which felt like he gave a shit, something the crowd deserved for their mucking in.

In conclusion, nice to have a solid hip hop performance in Manchester from one of the big dogs, so to speak. If Corrie does come calling, be prepared to see him around quite a bit, and in his own words: “Manchester I want you to know – I will be back.”

>>Snoop Dogg setlist<<
The Next Episode
Tha Shiznit
PIMP
Gin and Juice
I Wanna Fuck You
That’s That
Beautiful
Medley
Sensual Seduction
Signs
Jump Around (House of Pain cover)
Drop It Like It’s Hot
I Wanna Love You
What’s My Name? 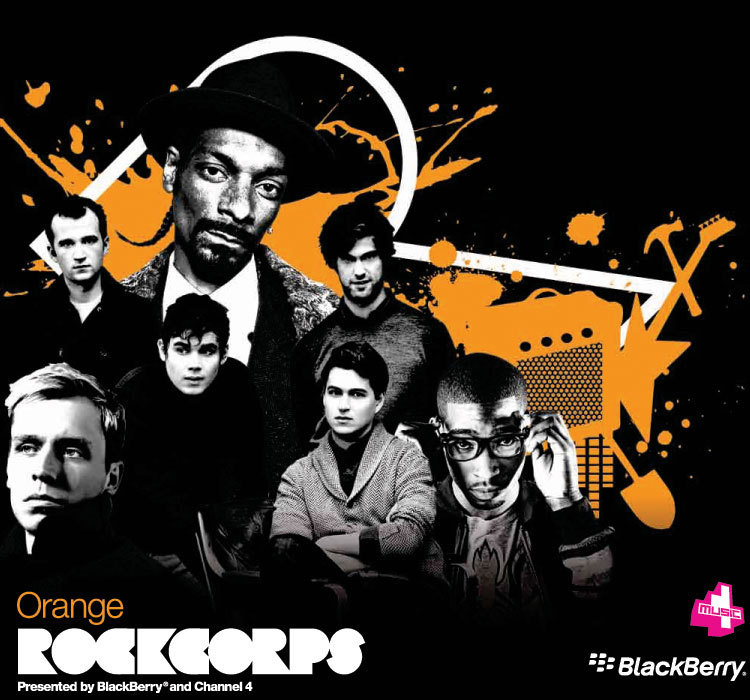 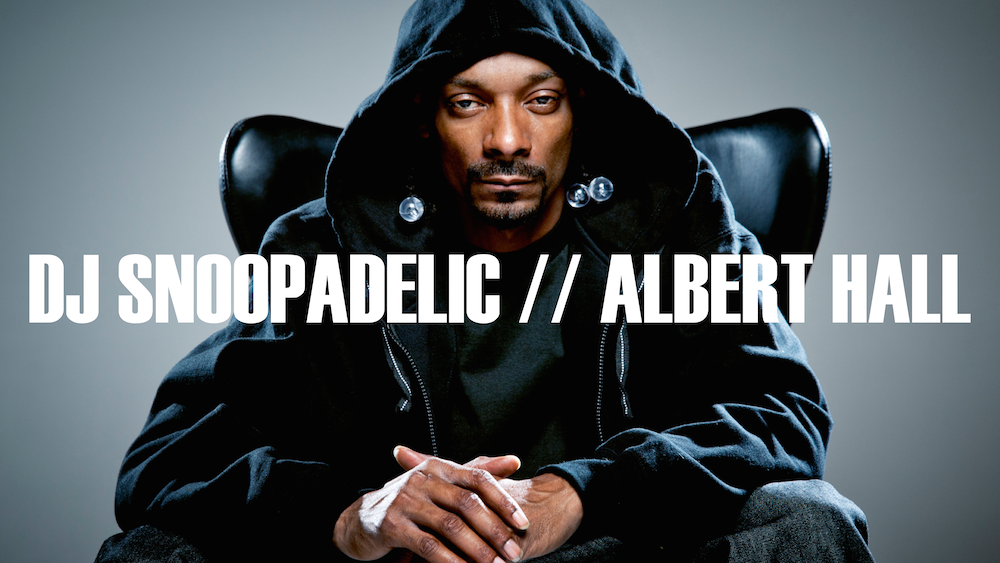