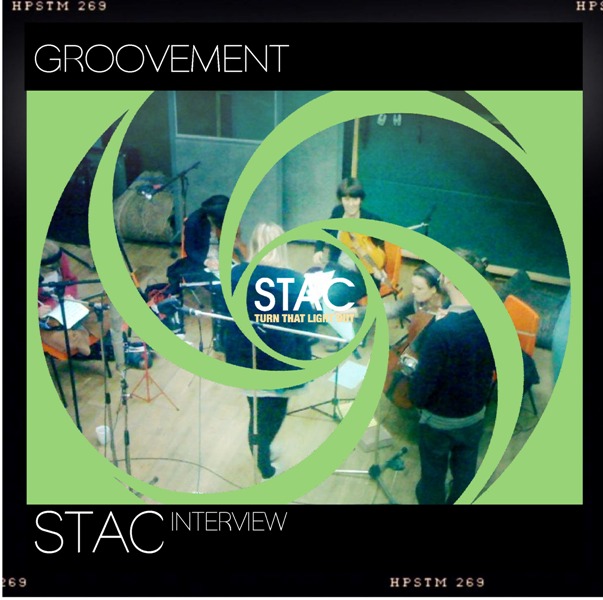 Groovement heard big things about STAC’s album launch down in the capital and several rumblings over the last few months during the making of the album ‘Turn That Light Out’, so we were dead chuffed to catch up with the lady so soon after its release. It’s a pleasure too to big up WAH WAH 45s, who continue to deliver such high quality output: a record label where each release is lovingly nurtured to full bloom. Check the Groovement We Wah Ten podcast by Dom Servini for more Wah goings on.

Hello Stac. How was the album launch?

Hello Jamie Groovement! It was very exciting thank you. I had a wonderful time and it looked like all the people that came enjoyed themselves too, so I was incredibly happy for days after – still am actually! It was so lovely to have two of my oldest friends play the slot before us, Jamie Woon and Jim Wood did a little acoustic set which I was totally chuffed with (Woon has recently signed to Polydor and is probably going to be a household name soon so I felt pretty lucky). And of course Dom Servini had a little spin on the ones and twos as well as, Blue Daisy, LenAfrosaxon and Pause who have all done mixes of my stuff. What a bloody lucky girl I am!

Blue Daisy’s a friend of ours. How did you hook up with him for the remix? Any other collaborations planned?

Ahhh Blueskilz. He sent me a message a while ago on myspace and I read it and then forgot about it. Whooops. I didn’t know who he was! But then I remembered, re-read it and then checked the beats on his myspace and I liked his sound. His beats are pretty rich and a bit dark but he somehow manages to incorporate a bluesy element to them which I love. He is such an incredibly talented producer and one of my favourite people. Im working on a couple of songs for his album at the moment which is very exciting but in terms of other collabs we shall just have to wait and see what happens! 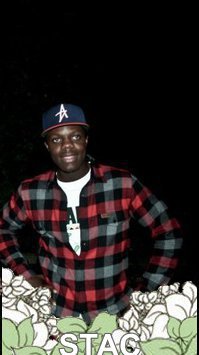 Matt Halsall’s a jewel, isn’t he? Tell us about some of the artists you’ve worked with on the album and why.

Yup! He is a diamond. Matthew and I met through Myspace too, a good few years ago now – what an era we live in eh! I love Matthew’s playing and he is another incredibly talented person not to mention my favourite trumpet player. I had this South American forward slash Eastern European number that I wanted to get some trumpet on so well called upon his talents and he kindly agreed to play. Stephen McCleery who is responsible for the magic piano solo on All or Nothing played the first few gigs with us when we started out. I love how beautifully magical he is so I definitely wanted him to come play with us. The wonderful Daniel Marcus Clark played double bass with us when we were trying out the more acoustic line-up and I was looking for a trombone player to team up with Matthew and Dom suggested the incredibly lovely Magnus Dearness who plays with Hackney Colliery Band (who have just signed to Wah Wah 45s). I’ve been leading a choir for the last year now and we have been performing acapella versions of my songs since October last year so I definitely wanted to involve their beautiful voices. There is something so special about a choir. I love it!

Stac – Turn That Light Out // Documentary from WahWah45s on Vimeo.

What sort of line up would we be looking at for a tour?

Well we have the core band of guitar, bass, drums, 3 singers and me but at the launch party I got a taste of what its like to have a string trio, a keys player and a little brass section as well as my choir which was amazing but I love my band so much that I’m happy for just the 7 of us play. Any extras are a wonderfully added bonus!

Have you been pleased with initial reception to the album?

Crikey yes! Ive been delighted! I think I did that thing thats slightly similar to when you get your GCSE results in the post. You rip the letter open and then read it with one eye shut and the other only open enough for you to see the blurred outlines of the letters. And then when you see that the results are not horrendous you get a bit more brave and open both your eyes!

By the nature of Bandcamp and Soundcloud, your music is up there to listen to without necessarily purchasing it. How comfortable are you with that?

I think its good for people to be able to hear your stuff before they buy it. I just hope that if they like it, they do buy it and support independent music.

Fill us in a little on your musical journey.

There is a picture of me when I was three with a pair of massive headphones on, a guitar in my hand and one of those late 70’s thin wand microphones. Not much has changed really apart from the fact that Im bigger and I have a better microphone. When I was 9 I sang in the west end production of Joseph and His Amazing Technicolour Dreamcoat with about 50 other kids for three months. After that I had a solo in our school production of Theseus and the Monitor and clearly remember absolutely shitting myself before I had to sing but I did it and it was ACE! No stopping me.

I went to the Brit School and studied music which I loved and then off to Leeds College of Music where I got to hang out with loads of ridiculously talented folk and subsequently got the fear! I tried writing for various producers I knew but all the effort was spent trying to be what I thought it was that they wanted me to be, so I stopped singing.

I decided that I wanted to keep involved with music as it really is the only thing Im good at, so I got a job at Kudos Records Distribution as the sales girl and that’s where I met Dom Servini and Simon Goss. My Dad bought me a microphone and a soundcard around the same time and that’s when acapellas started to come out. I find writing with my voice a lot easier than with any instruments. I put some of the acapellas up on myspace along with a remix that a great producer called PROD did for me, which then turned out to be my first single on Wah Wah 45s with a Bonobo remix on the flip. Couldnt believe my luck with that! That’s when it all kicked off really! Dom Servini has been really amazing. He made me get a band together and start playing gigs and he suggested that for We Wah Ten (Wah Wah 45s 10th Birthday party at Scala in October 2009) I got a choir of ladies together to perform a few songs. It was amazing. We’ve carried on singing together doing my songs and my arrangements of other peoples songs that I wish I’d written!

Haha oh yarrrr. I should have called it Turn That Light Orrfft. I was actually jumping between the two for a while but Out came out top. I think its a bit more poetic I guess than ‘off’. I love little nuances in the English language and this is one of them. You cant turn tvs and hoovers out but you can a light, and I like that. Simple minds I guess.

Oh its not deep at all. The reason I named the album Turn That Light Out is because its something my Dad says ALL the time. He likes to do his bit for the environment and he and my mum have been so supportive while I’ve been on this adventure that I wanted to give my Dad a little nod.

Have the songs that made up the album been in your head for a long time or were they written over the past four months?

Tip was the first song I ever wrote by myself and that was about 4 years ago. So I guess I’ve been writing my album over the last 4 years without actually knowing it. Pretty much all the songs started their lives as acapellas and have grown with the band and a couple were re-arranged over beats from Producers PROD (Balls Bounce) and LenAfrosaxon (Whoops) but really, there wasn’t a grand goal of making an album, I was just happy getting my write on, so I was really happy when we discovered that actually, we had an albums worth of material that I was incredibly proud of!

His ears. They are very deceptive. They look like the ears of a small child but they are very wise.

What’s it like being in the Wah Wah family?

Exactly that! Its like a family and that’s something that’s incredibly important to me. I don’t think I would like to be part of a label where the label manager didn’t call me up to moan about the fact that his kitchen was under a few inches of water and then sing a song called “You’re playing the Big Chiiiiiiill, you’re playing the Big Chiiiiiiiill! down the phone to me.

Stac ‘All or Nothing’ (LenAfrosaxon Mix) from Look At Me London on Vimeo.

What tickles your fancy in the current musical climate?

Errr. I really couldn’t answer that fairly because I don’t really pay much attention to it. I’ve only heard a few things recently and I thought they were all the same song, so perhaps my lack of interest is as a result of that. Im not a music snob. All Night Long by Lionel Richie is one of my all time favourites. 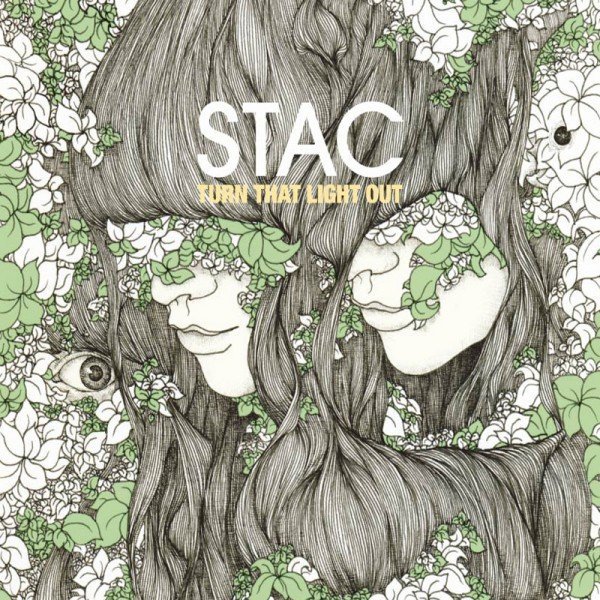 Who did the beautiful cover art?

A beautiful lady called Chiyo Arae. I met her through Matthew Halsall when she was living in London. She is an incredible artist. Please check her stuff out on http://www.chiyoarae.com/ABOUT.html I haven’t seen her for years as she has now moved back to Japan and I am sad that I can only hug her in binary, but hopefully we shall meet again and I can squeeze the living daylights out of her for doing such an impressive job.

What are the next steps for Stac?

I think just playing gigs and writing more. Im really looking forward to playing Flo-Motion at the Royal Opera House on the 17th July and then Secret Garden Party and Big Chill. They are going to be very fun!

And so there you have her, the wonderful Stac. The album’s fantastic and riddled with true summer vibes that deserve your full attention and undying emotional investment. Bloody buy it.

Click the pic below to head to the Bandcamp. 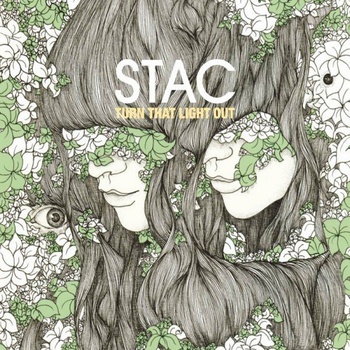 Turn That Light Out by WahWah45s 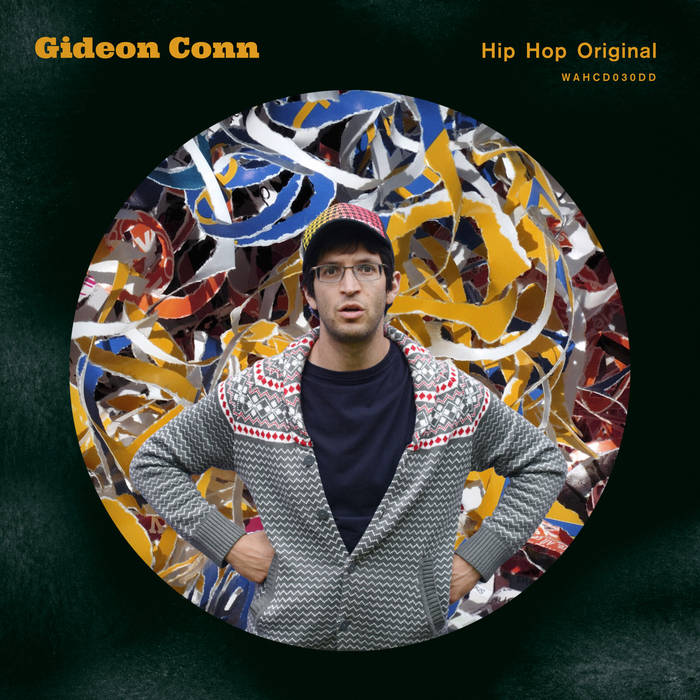