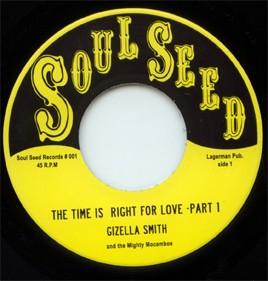 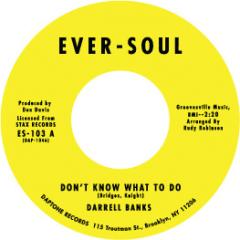 The Time Is Right For Love – Gizella Smith

Our friends in Finland run a monthly rare soul and raw funk club night called Soul Seed in the old capital (get the hint?) of the country, Turku.

One of the allnighter’s all time favourites is the Bobby Reed ballad “The Time Is Right For Love”, released on Bell. This great piece of soul is usually played at the highlight of the party. Rightly so.

To celebrate the anniversary of the rare soul night, Soul Seed decided to give a present to their club members and surprise them with a new interpretation, this time sung by a female singer.

When we were asked to do a version with Gizelle, we were more than happy to do the song in our own style with a more uptempo twist. To make things even better, we extended the song to include a semi-instrumental version with the funky flute from French Aldo Guinart taking over the lead vocals on the flip side.

The master was cut with the new machine of our friends from Timmion and eventually issued as giveaway-7inches for club members only.

During the work-in-progress, someone noticed a small mistake in the label design, nobody had realised before: Gizelle’s name had been misprinted as “Gizella” on the initial label print. A couple of labels had already been produced before we could change the production, so we mutually agreed on using the “false” labels for private purpose.

While the Soul Seed club records now carry the artist first name as it is spelled in Ms Smith’s birth certificate, there is a small amount of 45s with the name “Gizella Smith” that we will sell on the Mighty Mocambos tour and give to a handful of selected shops.

We rarely deal with musical categories, but with a singer from Northern England, a band from North Germany and a label from Scandinavia, we think it is appropriate to call this a NORTHERN SOUL tune.

We also hope you enjoy the tune in your favourite soul club soon, or on your home stereo from the Gizelle Smith & the Mighty Mocambos album.

The instrumental can be heard on our My Space player.
…and as they say at Daptone: “Singles are for couples too”.
The Time Is Right For Love!

When it comes to sixties soul music, Memphis vs. Detroit equals raw vs. smooth, gritty vs. slick,down-home vs. uptown, right? At least that’s the received wisdom. So how do you explain these two polished yet gut-wrenching tracks, originally released on the Memphis-based Stax/Volt label, by Detroiter Darrell Banks. You can star t by throwing that tired Detroit-vs.-Memphis cliché right out the window.
As it turns out, the 1969 LP on which “Don’t Know What to Do” and “My Love Is Reserved” benefited from a bit of the magic of both cities.

Banks’s “Here to Stay” album was, like much other Stax/Volt material of the time, ironically enough, recorded at Detroit’s legendary United Sound studios, with a star-studded roster of Detroit talent chipping in: The great producer Don Davis (who’d previously worked with Banks on the hit “Open the Door to Your Heart ” for Detroit ‘s Revilot label), hired many months earlier by Stax to Detroitify its sound, helmed the sessions; bandleader-organist Rudy Robinson contributed arrangements; local board whiz Ed Wolfrum engineered; Steve Mancha and the Brothers of Soul’s Fred Bridges and Richard Knight wrote these two songs; and presumably those are some of the Funk Brothers playing, augmented by what sound like Memphis horns. The results speak for themselves: moody, punchy, relentless, with a fully produced but rough-hewn beauty to the backing that ‘s just a perfect match for the deep soulfulness of Banks’s voice.ten 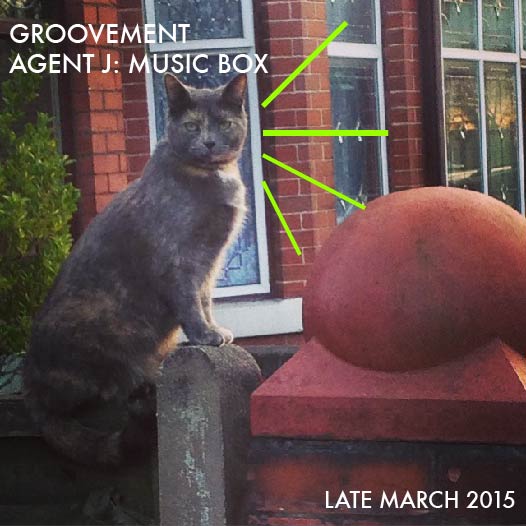