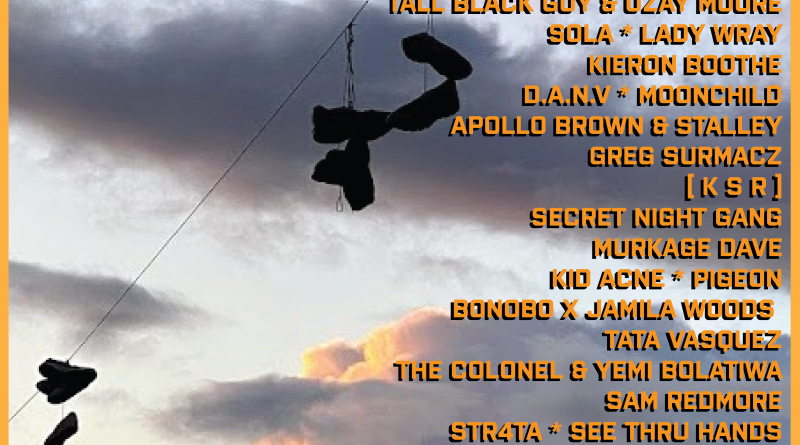 Please support the artists by buying their music – find Bandcamp etc links below.

The latest Reform Radio show, kicking off with something from the new TBG album. I interviewed Tall Black Guy a few months back for the Beat Horizon podcast but the gig didn’t happen – we talked a little about this new album so I hope I’ll be able to broadcast that soon.

Quiet, The Kids Are Sleeping! kindly introduce a track from their debut EP, QTKAS Vol 1, which is well worth your hard-earned and available over on Bandcamp right now.

Manchester’s See Thru Hands have a killer new single entitled All I Want, which goes nicely with that STR4TA remix. Sola’s You Don’t Have To Say is new on Future Bounce. More Manchester comes from the super sweet Murkage Dave, [ K S R ], Secret Night Gang, The Colonel and Yemi Bolatiwa. That new Sam Redmore is heavy, too.

Hip hop-wise we have some nice John Carpenter-recalling work from Apollo Brown from his new LP with Stalley, Kid Acne’s got a new LP out produced by Spectacular Diagnostics and Kieron Boothe crushes it.

Victoria Port finishes things off in a grand style in a collab with El Train. Other highlights include the don Greg Surmacz (of Paper Tiger) with his introspective new LP Timelines (Part 2), and Lady Wray is glorious as always on Big Crown Records.

Sola – You Don’t Have To Say

Lady Wray – Through It All

Apollo Brown and Stalley – We Outside

Secret Night Gang – Wanna Be With You

The Colonel and Yemi Bolatiwa – Night

See Thru Hands – All I Want