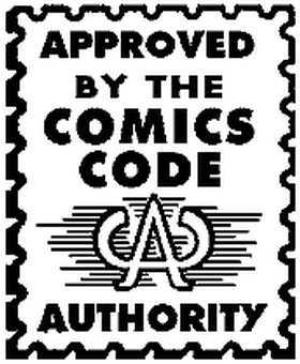 Update: this was all quickly resolved.

Apple turn into 2013’s Comics Code Authority by banning tomorrow’s release of issue 12 of the frankly epic Saga. See the press release, taken from Fiona Staples’ blog, below. Brian K Vaughan and Fiona Staples’ series goes from strength to strength, and I for one am glad Lying Cat lived to see another day. That shit nearly got me to jump ship. 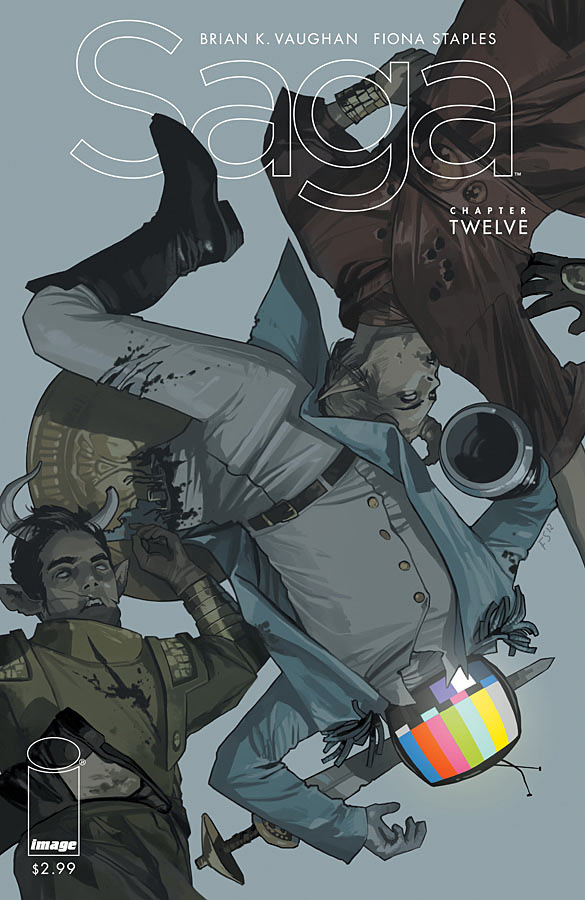 As has hopefully been clear from the first page of our first issue, SAGA is a series for the proverbial “mature reader.” Unfortunately, because of two postage stamp-sized images of gay sex, Apple is banning tomorrow’s SAGA #12 from being sold through any iOS apps. This is a drag, especially because our book has featured what I would consider much more graphic imagery in the past, but there you go. Fiona and I could always edit the images in question, but everything we put into the book is there to advance our story, not (just) to shock or titillate, so we’re not changing shit.

Apologies to everyone who reads our series on iPads or iPhones, but here are your alternatives for Wednesday:

1) Head over to you friendly neighborhood comics shop and pick up a physical copy of our issue that you can have and hold forever.

2) While you’re at it, don’t forget to support the Comic Book Legal Defense Fund, which helps protect retailers who are brave enough to carry work that some in their communities might consider offensive. You can find signed copies of Saga at the CBLDF site right now.

3) Download the issue directly through sites likehttps://comics.imagecomics.com or on your non-Apple smartphone or tablet.

4) If all else fails, you might be able to find SAGA #12 in Apple’s iBookstore, which apparently sometimes allows more adult material to be sold than through its apps. Crazy, right?

Anyway, special thanks to Eric Stephenson and everyone at Image for supporting our decision, and for always being so supportive of creators. Sorry again to readers for the inconvenience, but I hope everyone will be able to find an issue that Fiona and I are particularly proud of. And after you do, please check out PanelSyndicate.com, the new digital comics site I own with artist Marcos Martin, which remains 100% uncensored by corporate overlords.

“We regret that Apple won’t allow us to sell ‘SAGA’ #12 on the Image Comics app, but that is Apple’s decision and it would be inappropriate for us to tell another company how to run its business. At the same time, though, Brian K. Vaughan and Fiona Staples own their work 100-percent and they call the shots on ‘SAGA.’ It would be equally inappropriate for us to censor their vision.”