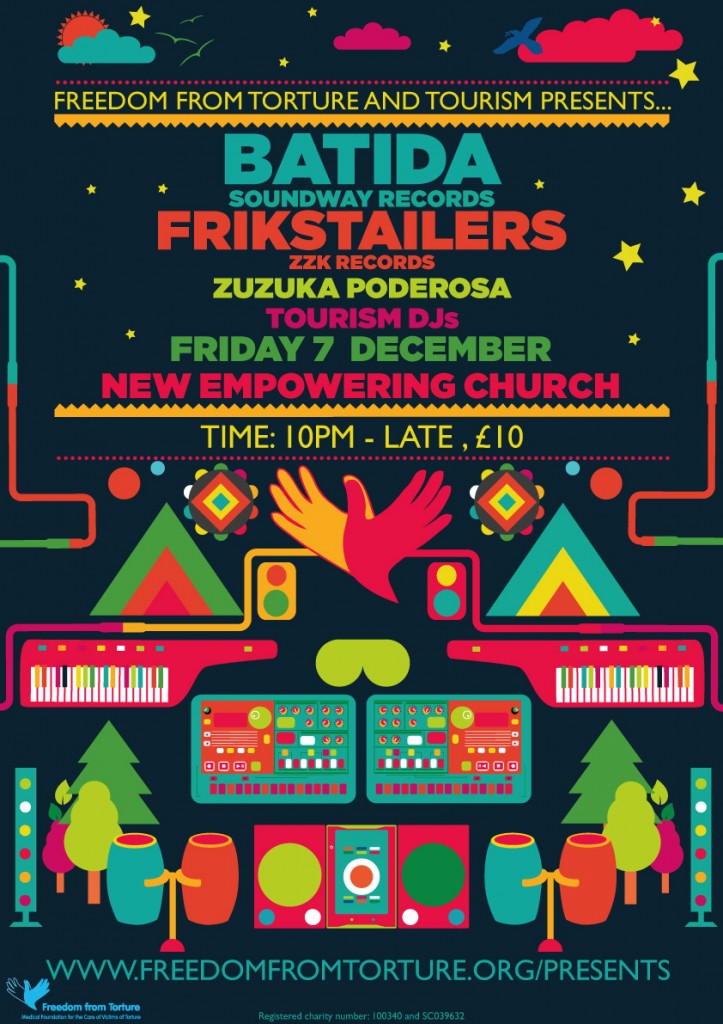 Tourism and Freedom From Torture join forces for a very special night of tropical mayhem at The New Empowering Church in Hackney.

Soundway Record’s Batida will be doing a stripped down live show especially for the occasion. 2012 has seen Angolan / Portuguese Batida making waves across Europe, taking his powerhouse live show to some of the biggest festivals across the continent. Blowing away all who’ve seen it his show features dancers, percussionists, live samples and MCs alongside visuals and images (both archive and new) of Angolan street life, the civil war and fragments of tribal life.

Also on the bill and making their live debut in the UK are ZZK Record’s Frikstailers. Carrying messages of extraterrestrial, tropical madness from planet Klajnak, the Frikstailers (pronounced Freak Stylers) have been chosen to deliver the funk.

Completing the line up is Zuzuka Poderosa the queen warrior of her own special brand of Baile Funk: CARIOCA BASS. Born in Vitoria, Brazil but now living in New York, her wildly engaging show conjures images of hot summer dance parties on gritty Brooklyn rooftops or up in the hills overlooking the sea.

Tourism DJs will keep the hottest Afro, electro and tropical sounds going until the early morning.

Launching this December with a special collaboration with Freedom From Torture, Tourism will bring together the most exciting labels and forward thinking artists from around the globe with bi-monthly club nights planned for next year.

“It is a privilege to contribute, together with public and other artists, for such an essential cause and event, that involves human basic values and music as the main aggregator. For my project it is also a matter of coherence. Many of my pacifist fellow artists in Angola have suffered all sorts of agressions over the last years, specially the last, only for demanding a more democratic society. You can check for reports and a recent documentary on the links below.”

Fluffy Logic will be adding their creative magic to the New Empowering Church, transforming it like never before. 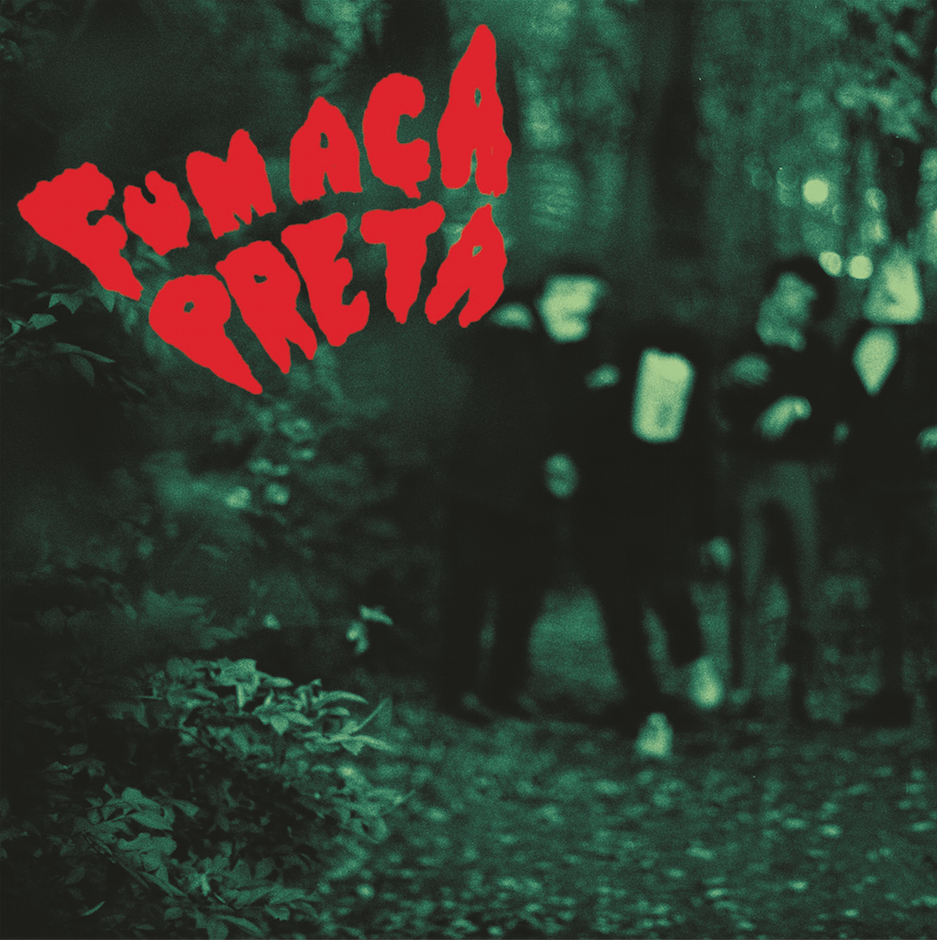