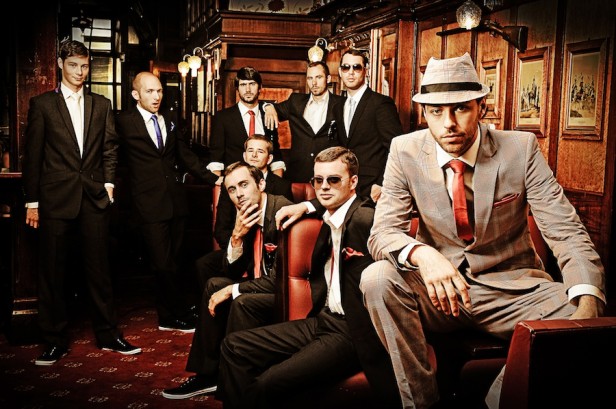 The Gentleman’s Dub Club are making waves up and down the country in November as they continue their UK onslaught, spreading vibes as they go. Scroll to the bottom for remaining tour dates.

Gentleman’s Dub Club are a super tight 9-piece, who blend ska, dubstep, dub and roots, and have gained notoriety for being one the liveliest most invigorating bands to perform in the UK. This winter the gents are pleased to announce a UK tour kicking off on 13th November at Cambridge Portland Arms. With a full live band including a crisp horn section beaming out classic reggae lines, seriously heavy bass and the funkiest rhythm section around, their live show is nothing short of spectacular.

Gentleman’s Dub Club have toured extensively, supporting a number of established artists such as Madness, Roots Manuva, The Streets, The Wailers and Finlay Quaye. The guys have been getting plenty of love from the festival circuit, having played numerous events throughout the UK including Latitude, Glastonbury, Bestival, V, Secret Garden Party, plus the biggest bass music festival in the world – Outlook in Croatia.

As percussion & synth player Niall Lavelle puts it, “as much as we like playing the big festival stages, our roots are in the club. It’s hard to beat connection you get with the audience from some of these places. It’s been too long since the ‘High Grade’ tour so I can’t wait to get out there and test the new material, alongside some of the classics.”

Earlier this year the band released the ‘Open Your Eyes EP’ on Ranking Records, which achieved No.1 in the iTunes reggae chart and has yet to leave the top 20. The band were also invited by The Sun newspaper to perform excusive tracks from the EP for their Biz Sessions online, which also included a cover of The Kinks classic, ‘You Really Got Me’.

The lads have been working hard on new material with an album planned for 2013, but in the meantime they’re itching to get back out on the road, and these dates are not to be missed.