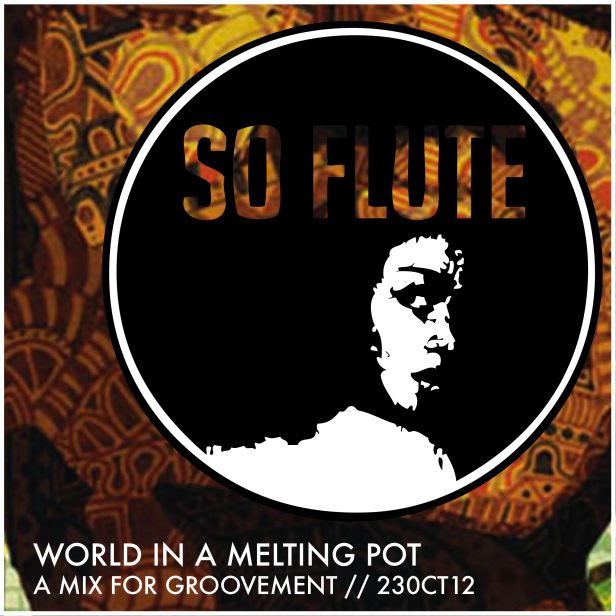 Direct download: So Flute – World In A Melting Pot for Groovement

Groovement made its name by networking with Manchester club nights for its weekly Unity Radio show, so it’s nice to get back in that vibe a little by celebrating these guys, smacking it down at the Roadhouse…

So Flute know their shit. You can count the number of club nights in Manchester that celebrate funk, soul and rhythm from around the globe on one hand, and So Flute do it with flair. Groovement is proud to present this mix from resident DANUKA.

“A blend of global grooves and rhythms from the African, Caribbean, European and South American Regions packed full of body movin’ sounds. This is an open-minded mix for open minded music lovers who are always looking for different musical vibrations.” – Danuka

Check their club night at the Roadhouse every 4th Friday, and if you’re not in Manchester soak yourself in this.

Gil Scott-Heron – Is That Jazz