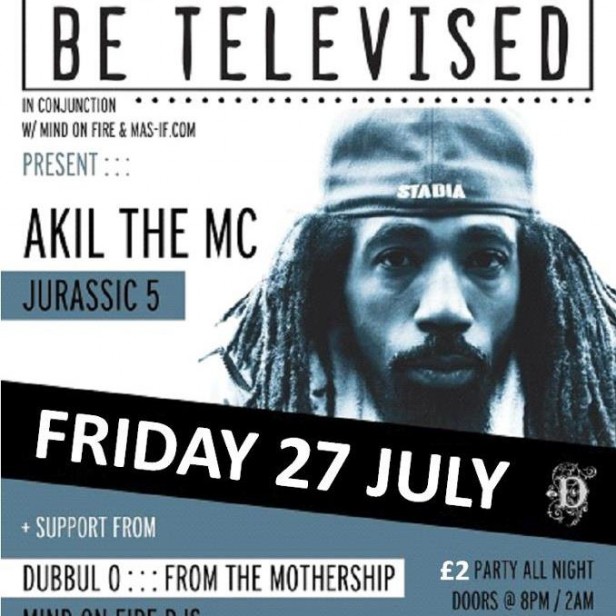 I had been expecting a good show, but Akil surpassed that with his Manchester appearance this weekend at Dulcimer in Chorlton. Not a venue I was familiar with, I knew it had good musical taste through its association with Andy Votel’s Finders Keepers crew who’d done many a night there (sure enough, I was greeted with a Victor Jara poster upon realising it had an upstairs). Will Not Be Televised have put on a range of hip hop shows over the past year and a half or so, ranging from GZA and Raekwon PA-style aftershows to fully fledged performances from the likes of Pharoahe Monch – seeing Akil advertised the week before the show was an unexpected surprise.

Mind on Fire DJs eased the crowd in admirably (shout in particular to Dan Nation for establishing the party hip hop mood) before Dubbul O took to the stage – this MC is bubbling at the moment with the release of the Spooky Caravan video from Kydro’s Kydroponics mixtape, Never Get Enough with Sparkz for the Mouse Outfit and even popping up like Diddy in the late 90s in the video for Shak Out by Sparkz and the Mice. Kicking off with Spooky Caravan, Dubbul O’s backed up by various members of the Mothership Connection for a solid 8 or 9 tracks that showed off his gravelly, fierce delivery and lyrical dynamism. He’s always a favourite at the cypher down at In The Loop and deserves more solo shows, ya hear!

And so to Akil. The buzz was palpable as people had heard he was mooching around chatting to people downstairs, and he was just as smiley and amiable as you’d imagine. Intro’d by DJ Winchester who sparked off the crowd interaction that was going to form the basis for the rest of the night, Akil jumped on stage and turned Dulcimer into a block party for a good hour or so. Anyone coming from a legacy as looming as J5’s is bound to get shouts of ‘do this track and that track’ or ‘do some J5’, but Akil coped admirably with that, keen to celebrate what came before but also determined to ensure his solo material was greeted just as openly. Which it was, I’m pleased to say. The inherent groove to the whole set kept all going, and asking local MCs to jump onboard (21:32 on the video) took the roof off. The gig basically turned into a big house party with Akil the guest of honour – he made sure MCs got their spot at the front and ringmastered the whole thing with finesse. “That was one of the best cyphers I’ve done,” he commented. And then he got all the girls on stage – don’t get me wrong, I’ve seen this done many times and it’s been seedy and disturbing every time (hello, Meth), but somehow Akil’s massive grin meant he got away with it for a bit of disco influenced old school rap (argh, said it) to top the evening off before a finale of Concrete Schoolyard acapella. 110% effort from him and Winchester the whole gig.

I caught up with him outside after to talk about his solo career, DJ Format, Chorlton and what open mic in LA is like right now, but we flounder towards then end when some pisshead interrupts and starts arguing with Akil about the benefits of freestyling.

Props to Will Not Be Televised for facilitating the interview, Dubbul O for letting me spin, and Dulcimer for putting on a great hip hop night. Special shout to Noel Edge for having the nous to intro the opening act too and get a bit of hype going. More from all, please.

Listen to interview on Mixcloud

Stream interview on this widget: 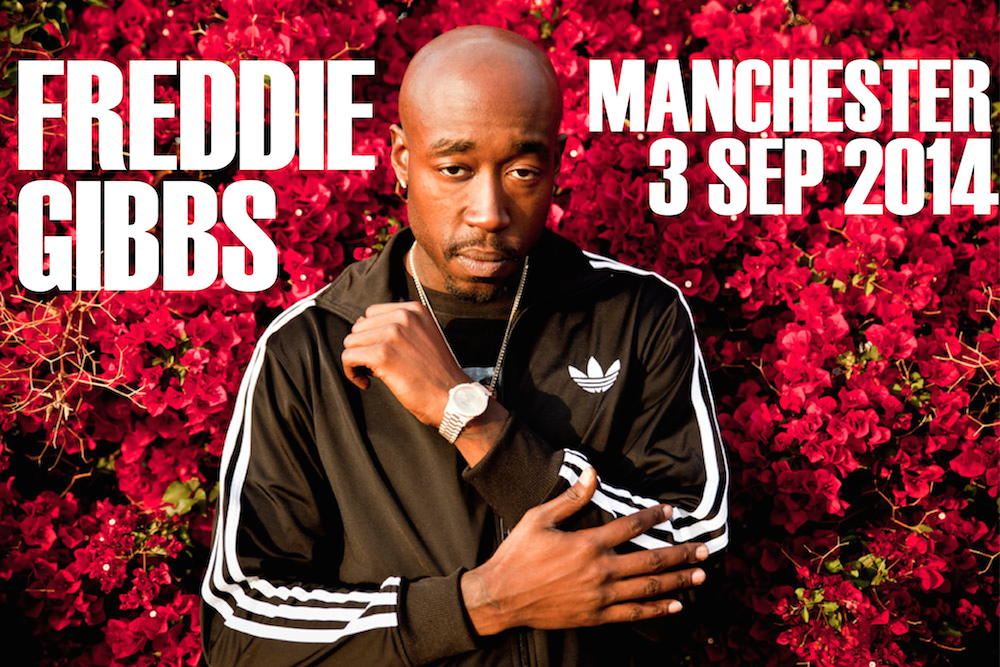