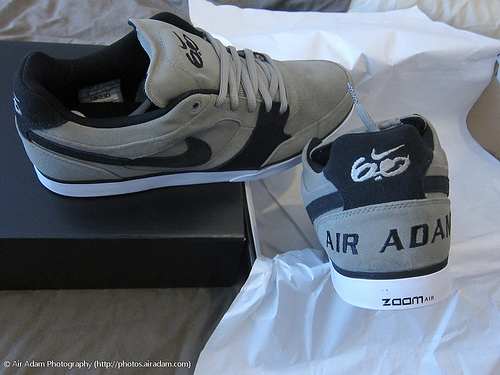 Below are Adam’s notes including tracklisting – get to the original post here to check the other 22 episodes you may have missed, all laden with a similar level of love and detail.

I bet you never expected to hear these guys on the podcast – going Prog Rock to set it off this month :o) If you really know, you know this track straight away from the opening notes – if you don’t know, then this is the music that was used as the intro music for the Chicago Bulls, so during that Jordan era all b-ball fans had this tune burned into their subconscious. I actually fancy turning this into the intro for the podcast itself perhaps…

Not sure who produced it, but a dope beat anyway! This track’s from Scarface’s first solo album “Mr Scarface Is Back,” big early 90s release on Rap-a-Lot. They don’t make ’em like this anymore, that’s for sure…

The weather’s just getting right for a bit of funk! Classic opening tune from the “Zapp III” LP, obviously the full version is much longer and is definitely recommended! I say and I say again, Roger Troutman (RIP) was one of the best to ever do it – please let this documentary school you on the greatness.

…and Roger himself comes back on this track to re-work the “Heartbreaker” opening line into a hook on some quasi-dubplate flex! First heard just a snatch of this way back in the day on some of Channel 4’s NBA coverage and thought it was heavy but that was the end of it (pre-internet era, after all) until a copy turned up for me in a record shopping mission in London. This original version seems to be pretty absent from Youtube etc as well, so take this as a gift!

Yorkshire stand up! Breaking The Illusion (P-Wiz & TD) were probably the premier Hip-Hop crew in Leeds when I was coming up and this is a cut from their 1993 “Lose Your Illusion” EP. This tune brings a safe sex, anti-AIDS message over a very 90s, 80s-soul-sampling beat; Diamond may have just used it first but a whole lot of people came after, so you know these guys know about records! I used to buy records from P-Wiz back in the day when he had a shop in Leeds (remember “Urban Rhythm?”) then after BTI he went on to DJ for The Kaliphz – and the last time I saw him, he was rhyming on stage at a KRS-ONE gig! Good to see veterans with the fire still burning!

Quality Pete Rock remix which seems to have flown below the radar over the years; the remix of “Shut ‘Em Down” which is from the same album is still loved 20 years later but I’ve got to admit I preferred this at the time! Chuck D (who yes, is one of the best MCs of all time, don’t ever forget it) brings his fire and brimstone b-boy style on the mic, with a message as always (that just because someone looks like your “brother” doesn’t mean they are), Flava Flav adds a contrast, CL Smooth ducks his head round the door for a few bars, and Pete Rock does a great job remixing a joint that had an incredible beat to begin with!

Parliament : Theme From The Black Hole

Played this in the car for a couple of friends who’d never heard it (I tried to hide my shock) and it went down a storm! There’s a lot of incredible super-rare funk but you can never forget about the George Clinton-driven Parliament/Funkadelic juggernaut. This is one of their classics which has been used in many a Hip-Hop beat – I won’t call any out here, it’s your homework to go and spot the samples ;o)

Love this instrumental, though it’s one of those where for some reason they include the hook, so I just looped it up a bit to extend it. This remix is streets ahead of the original track and is definitely one of my all-time favourites from Stoupe, who really is amazing on production but just isn’t that well known. A lot of that is probably down to him producing mostly within the JMT extended family, kind of how Havoc was with Mobb Deep in the early days, but anything he touches is worth a listen!

This has been a favourite of mine for a long time but it’s not very well known – I think it was on one of Rae’s “Vatican” mixtapes and I had an MP3 for ages before finding an unofficial vinyl pressing. As obvious as the sample is, I doubt it was cleared! To me this murders the “Big Spender” track that Freeway and Jay-Z did later – it was cool, but didn’t use the sample as cleverly in my opinion! Besides, Raekwon’s one of my favourite MCs and he flows crazy here :o)

Heavy posse cut from probably my favourite female MC, one who’s had an up-and-down relationship with the industry but never fallen off skill-wise. This is from her 9th Wonder-produced LP “Jeanius” which leaked early and I believe was canned as a result but eventually got a proper release, and 9th brings not only an appropriately aggro beat but a bunch of Justus League MCs to feature on it beside Jean. Smash indeed.
(PS – never invited for sleepovers Scudda? Can’t think why…)

Quite a few of you will know that I’ve worked with Mr Bronx Slang Jerry Beeks in the past (and will do in the future) but this track is from his new collaboration album with his original tour DJ Audio Ad and it’s a drum-heavy banger! Best of all, the whole album is available for free download here so go on and get a copy!

One of the few 5-star tracks on my iPod, been rocking this for a long while but it was ages before I found a vinyl copy – it looks to be an unofficial 12″ release of assorted 9th Wonder remixes. I personally prefer this to The Alchemist’s original track, which is saying something as that’s heavy in its own right. Good to see Prodigy home, hopefully there’ll be a new Mobb Deep LP before long.

This right here presses my quiet menace buttons! I got this on a sampler 12″ for the “Stimulated Volume 1” compilation but it was a bit light on credits; had to head over to Discogs to find who produced this. The lyrics on the full version? Forgettable. The beat? Undeniable.

Neek The Exotic & Large Professor : Still On The Hustle

Noisemaker Media, who did the video for this, posted it on Facebook and I only had to hear 20 seconds of it to go and buy a download! Large Pro kills it on the beat and puts in a nice contribution on the mic alongside Neek, who you might have heard on Main Source’s “Fakin’ The Funk.” This is the title track from a full-length Neek/Extra P collaboration album coming out soon, which sounds like an essential purchase!

“Amplified sample through vacuum tubes’ compressions cause RZA to charge n****s 20 Gs a session…” Take that all you Dr Seuss, Mother Goose rappers! Obviously older and more raw-sounding than the preceding track, but with that bassline, the little guitar licks and the vocal sample it seemed like a great choice to follow it with! Definitely one of the best tracks on the classic “Liquid Swords” album (an essential for your collection). GZA played in Manchester this month so we had the pleasure of seeing this performed live, assuming you didn’t pass out due to excess heat and a lack of water…

Not a super well-known artist, but if you remember a group called Groove Garden, she was one of the members. Her first album “Walter T. Smith” is absolutely worth having if you find a copy (it’s on Spotify actually, if you want a listen first), you could say it was “neo soul” before the term really got any traction, or you could just call it “soul” :o) “Running Song” was the lead single and was the track that sparked me to buy this album when I saw it years ago…can’t find an international Youtube link for it but that’s a great tune too.

L The Head Toucha : Too Complex

1997 underground classic 12″, produced by the Vinyl Reanimators. Ok, I hate the 7-bar intro (can’t we have just one more bar?) and the corresponding unpredictable drops into the hook, but DJ complaints aside, this is a serious record! Just ask DJ Premier, who included it on his ridiculously dope “New York Reality Check 101” mixtape. Straight-up drums on top of the Don Blackman loop, funky De La Soul cuts on the hook and an MC who just rhymes and rhymes…and then rhymes some more…

One of the top young beatmakers in Manchester with another of his trademark nicely heavy, Eastern-flavoured beats. Check him out at http://www.soundcloud.com/rootiful

One of the standout tracks on the brilliant “The Greatest Story Never Told,” an emotional track where Saigon (the co-originator of the “Abandoned Nation” concept and foundation) painting a picture of a people feeling effectively abandoned by their god and struggling in the world. Kanye West came in to do the production on this one (Just Blaze does the bulk of the album) and he takes it back a little to his soul-sampling, less left-field style of a few years ago and combines it with the excellent arrangement skill he’s worked hard to acquire. The final 40 secs or so are a great musical climax and have had me rewinding repeatedly just to soak in the feeling…great work.

Please remember to support the artists you like! The purpose of putting the podcast out and providing the full tracklist is to try and give some light, so do use the songs on each episode as a starting point to search out more material. If you have Spotify in your country it’s a great way to explore, but otherwise there’s always Youtube and the like. Seeing your favourite artists live is the best way to put money in their pockets, and buy the vinyl/CDs/downloads of the stuff you like the most!

AIR ADAM on the show today yo plus MIND ON FIRE tonight!