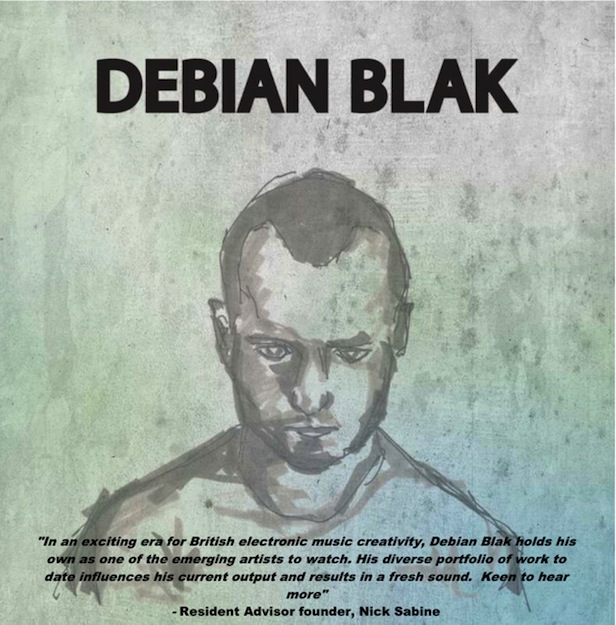 “In an exciting era for British electronic music creativity, Debian Blak holds his own as one of the emerging artists to watch. His diverse portfolio of work to date influences his current output and results in a fresh sound. Keen to hear more” – Resident Advisor Founder, Nick Sabine

DEBIAN BLAK has worked with both the EASTPARK REGGAE COLLECTIVE and Groovement favourites THE BROKEN ORCHESTRA, as well as  written music for numerous documentaries (including Channel 4’s BritDoc Foundation), films, radio jingles and dance productions. As a musician he’s performed alongside the likes of Lee Scratch Perry, Marcus Miller and Faithless.

Above are previewed two of his own tracks, as he embarks upon his solo artist career – immediate and atmospheric,with a hint of menace, no?