Official blurb about the BIG BOI UK dates from the promoters, defo a must-go to for Groovement. DJ support for Manchester comes in the form of banger-slammers JUICY, freshly squeezed from their recent WU support slots. Live support from THEOPHILUS LONDON. 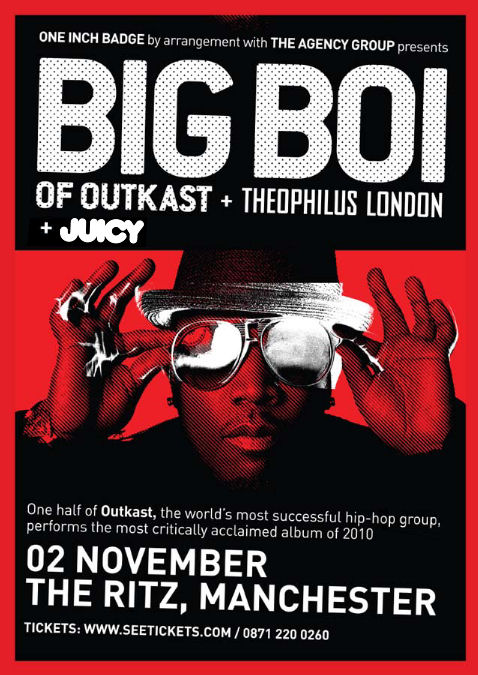 One Inch Badge is proud to present three exclusive shows on the first ever UK tour for acclaimed US solo artist, Big Boi.

Big Boi is one half of OutKast – the most successful hip-hop act of all time. He is the talent behind the double Grammy winning, 11 million selling double album Speakerboxxx/The Love Below, US chart-topping hit ‘The Way You Move’, and debut solo masterpiece, Sir Lucious Left Foot: The Son Of Chico Dusty, which was released on July 6 this year.

Big Boi is touring the UK as a solo artist for the first time THIS November.

Read glowing reviews of his new album in NME here. 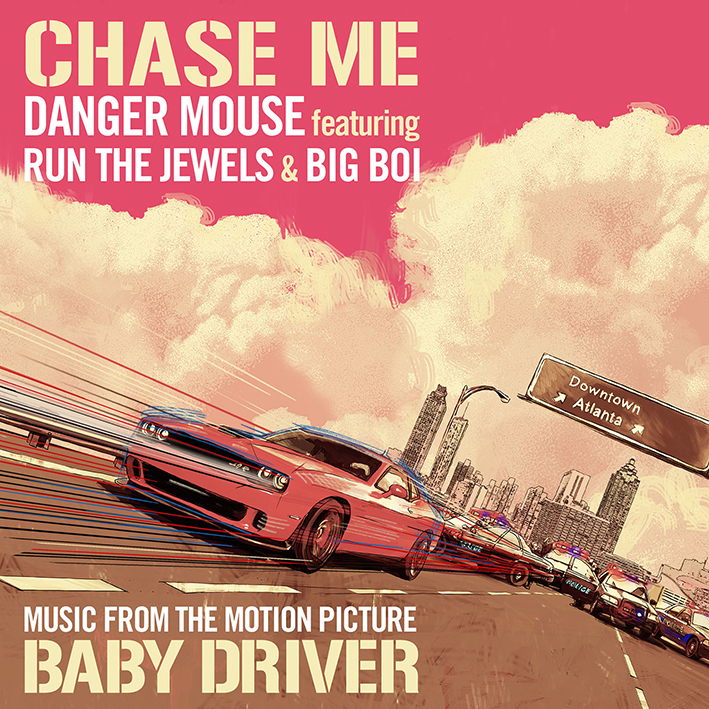 Video: THEOPHILUS LONDON // I Want You