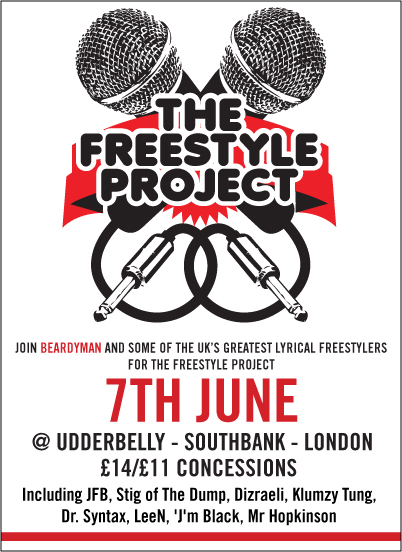 When Beardyman hit Manchester a couple of months back and Groovement grabbed an interview (up as soon as…), we were dead excited to hear about this project and is pleased to have a solid date upon which it’s happening. THE FREESTYLE PROJECT is along similar veins to a night Groovement has a hand in in Manchester, IN THE LOOP, which takes a live hip hop element as its base.

The infamous, brain-conquering, beatbox sensation Beardyman has gathered together a collective of some the UK’s greatest lyrical free stylers for a one-night-only freestyle music event, the likes of which hasn’t been seen in this dimension since the dawn of time.

Slam poetry champions, beatbox champions, DMC champions, freestyle rap champions and other musical genii collide into this super-kaleidoscope of infinite possibilities. Completely live and unprepared, The Freestyle Project is one definitely not to be missed!

Aided by 2007 UK DMC champion JFB on decks, ‘J’m Black on guitar and Mr Hopkinson on live visuals, this is a rap music ouija-board led by nothing but the thoughts in the room and loosely held together by Beardyman at his spaceship-come-loop-station and his lyrical spirit guides – Stig of The Dump, Dr Syntax, Dizraeli, Klumzy Tung, and LeeN.

“The idea is to make it more than a jam – to make songs … it’s just a ridiculously huge amount of talent that’s involved so, it’s gonna be a beautiful labour of love. Freestyle, improv – that’s what good tunes are all about.”

From performing at some of the biggest festivals around the globe, Beardy is bringing it back to the roots of beatboxing – hip-hop. His solo show at the Udderbelly is completely sold out – do not miss out on the opportunity to see this one-off, stupendous show live in person… 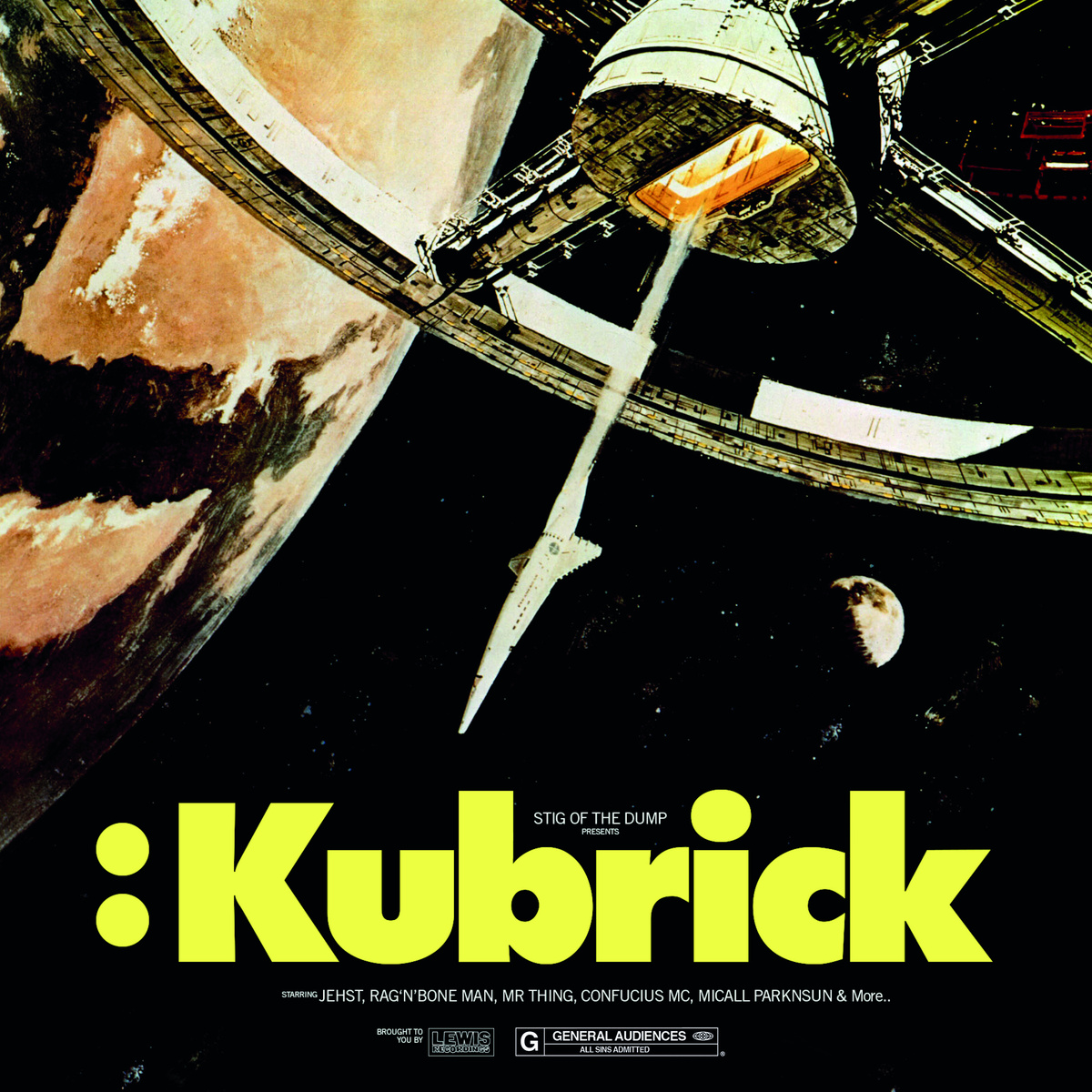 Stig Of The Dump returns with Kubrick

New: STIG OF THE DUMP I Got Game

Review: STIG OF THE DUMP // The Other Rooms / Newcastle

One thought on “Reach: BEARDYMAN’s circus of rappers”