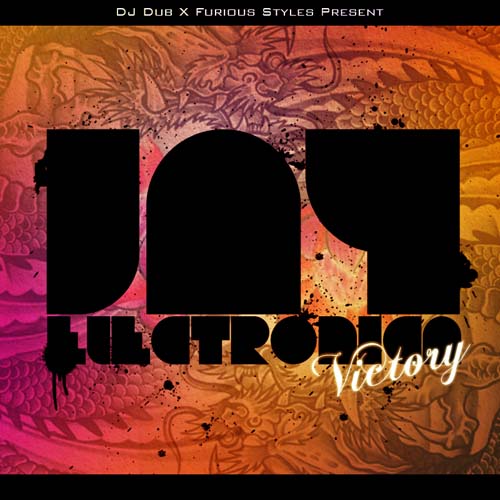 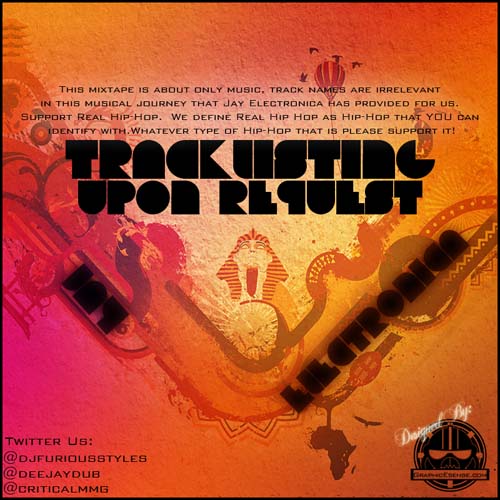 Big up Jonny Miller who posted up this direct link to the mixtape, here’s some blurb from mixtapetorrent.com

Long time brethren DJ Furious Styles and DJ Dub have concocted a mixtape from one of today’s most anticipated MCs, Jay Electronica. Victory is not only a showcase of the New Orleans natives ability to control the mic but it is a wake up call to people who consider themselves lyricists. Jay Electronica is the epitome of an MC and this collection of tracks mixed by Justo winner DJ Furious Styles and the acclaimed DJ Dub (Child, Rebel, Soldier and Everyone Hates Chris) simply proves that Jay Electronica is carrying the torch for Hip-Hop right now.

“In the current state of music, an artist like Jay (Electronica) deserves the attention of anyone who even THINKS they like Hip-Hop. We’re not saying that he’s the savior but he’s been working on the humble for years and Exhibit C opened him up to the world. World, meet Jay Electronica…support his victory for Hip-Hop.” – DJ DUB

“I truly believe that everyman has a story and Jay Electronica’s story is definitely the current soundtrack to Hip-Hop. He makes the impossible seem possible. Dub and I wanted to share his soundtrack with those that were unfamiliar. Let’s welcome back the lyricists to Hip- Hop.” – DJ FURIOUS STYLES

Here’s a Jay Electronica Manchester link, THE CAULDRON with Zed Bias from a couple of years ago.

If you DON’T KNOW about Jay Electronica, I present to you the following m’lud:

DJ A-UP presents the rest of A Tribe Called Quest