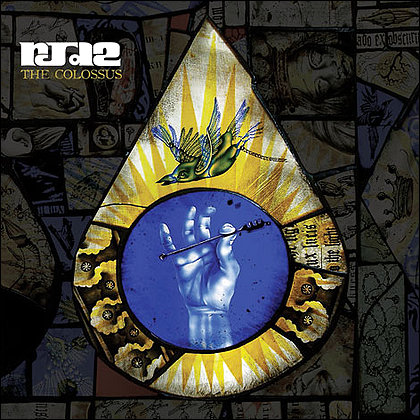 See what I did there? A blistering return to form hopefully from Ramble John Krohn: the Third Hand was a brave departure in a lot of ways, but for me didn’t have that pzazz that kept me returning to Since We Last Spoke and before that, Deadringer. His mixtapes also are the stuff of legend so THE COLOSSUS I’m sure is eagerly awaited by many thirsty for more.

As I write I’m literally into track 4 on the album: Let There Be Horns is a stunning opener which has that pzazz I was on about, and I’ll let you make your own mind up about the rest.

In his own words… January 19th, 2:40am EST. Wow. It’s official: “The Colossus” is out. Tell your friends and lovers. Available on Itunes/Amazon/etc, your local retailer, and on my site(rjselectricalconnections.com)

Below are videos of the first two tracks. Listen through the album at his site, which is nice.

Also, how many beatmakers get interviewed by Star Wars???

One thought on “RJD2 makes a colossal return”