‘Standing round like a Muppet’… how many of us have felt like that recently? Just me then. Such a weird expression too, there were such a variety of Muppets to choose from: Cookie Monster versus Ernie and Bert? Cookie hardly has the same sophistication and grace as those two, and is all the more loveable for it…

Grasscut’s new release laments the breakdown of communication in society, part of a wider remit that Andrew Phillips and Marcus O’Dair have imposed on themselves of ‘exploring the essence of our culture’.

Voices flitter through the track like ghosts, apparently recorded from mobiles and other sources. The synth breakdown recalls what could be interpreted by the masses as Play-era Moby if he had any attitude left and had been ground up and spat out by an Amstrad CPC – then the drums come (sounding so live…) and so ensues a moshpit of feelgood frenzy before a choral fade out that does indeed fill out the Myspace description by the boys as ‘Nintendo Cathedral’.

The single release is rounded out by track Meadowhall At Last, a title which made me *chortle* as I used to work in there, the palace of the North, Sheffield shopping centre of the glitterati (No? Just sit and watch Meadowhall TV), and never once did I think… ‘At last, I’m here!’

Thankfully though, the boys are on an ironic tip here… vocal snippets from Meadowhall itself (‘all your favourite names… everything you’ve ever wanted!’) kick off what’s more of a keyboard workout than the lead track, but it does rollock along, almost as if you were running up the sparkling steps to paradise themselves.

Here’s a little more background to Meadowhall At Last, in the words of Andrew Grasscut…

There’s a certain amount of irony in the title [!] – I was at Meadowhall as part of my travels as a musician [doing a PA with a previous band] just after the big floods in 2007 so there was a kind of tide mark around the place. It seemed to me that I was in a kind of cathedral, everyone was moving in set, regimented ways, almost like a shopping ritual, and the whole thing felt like we had arrived for better or worse in a new church, with the voice on the tannoy coming over like God!

It was the first Grasscut track I wrote, I wrote it on the tour bus immediately after leaving Meadowhall, so it was a genuine response to the place. It was first tune we sent to Ninja, and for us it’s kind of the beginning of our story. England, ugly and beautiful, ridiculous and lovely.

Maybe we should be seeing this on Meadowhall TV then?

The Nathan Fake remix of Muppet has kindly been made available for free download ahead of the single release on 1st March 2010. The single is a digital release. 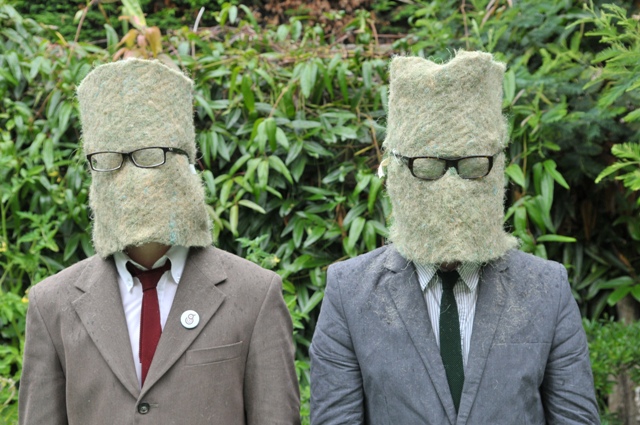 Some more Grasscut for your delectation…

Download: GRASSCUT The Door In The Wall // Bibio Remix