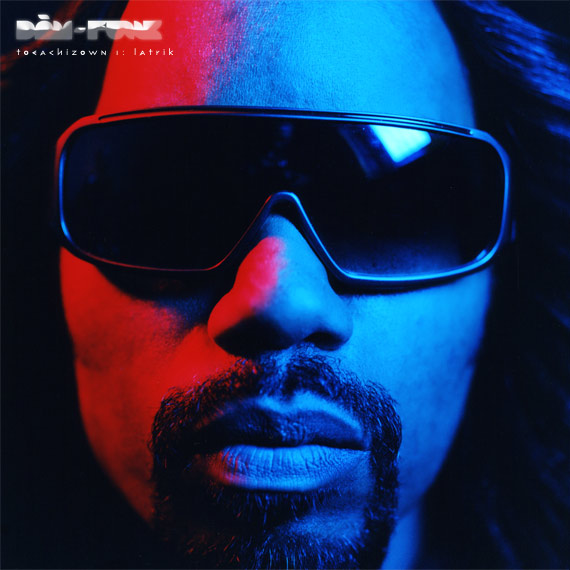 Toeachizown has been a long time coming for Dam. He’s been grafting hard in the build-up to this release over the past year or so, releasing older material over his Myspace and Twitter which has enabled us to see where he’s going to by hearing where he’s coming from. He’s hammered the DJ circuit internationally and even honed the live incarnation of Dam-Funk over the past few months.

And what a journey it’s been, taking new followers under his wing with his sparkling, gentle, humble and kind personality both over the mic and in post-gig chats with new converts and old friends. Dam’s real-life warmth shines through in the instrumentation all over this double CD, initially released in five themed parts through the Stones Throw website.

And that right there is another thing that hits me about Dam Funk. He’s doing this his way. Just like running the Funkmosphere club night in LA of a Monday night, there’s no need for compromise (original vinyl only please) as the message of the funk must be carried through untainted. Stones Throw is the perfect partner for Dam, unafraid to take chances in the collector’s department (limited serato vinyl, heart-shaped and coloured releases for Mayer Hawthorne, mad limited box sets) while catering for everyone else too (upfront cheeky mp3s in newsletters and on-site). Props to them then too.

As with the older material and most recent long player Rhythm Trax Vol 4, the more you listen to Toeachizown the more your ears and booty are rewarded. Words and worlds fly in to the mind, whisking you far way (like space, man), freaky skyscapes cruise into view…

In fact, travel is inherent to this album. Let’s Take Off (Far Away), In Flight, Spacecapades, Rollin’, Flying V Ride, Come On Outside… I could continue but it’s best you just book your ticket.

I walked into a record shop the other day, Toeachizown was playing and immediately I started strutting; you need to swagger along to this, Walkman in hand (“lose control, look inside your soul…” Mirrors), traversing the universe, this is what the Silver Surfer would listen to if he had a boombox hook-up in that board of his.
In places serene, in others ecstatic, goddamn self-actualise and achieve space funk nirvana by belting this up to 11. Step up, Dam Funk, and take a bow.

“You hold the flame of the funk, and that’s real..” The Sky Is Ours