In an effort to actually write SOMETHING and inspired by Konny Kon settting up the Broke N English blog (checkthe mixtape!!!! http://broke-n-english.blogspot.com/ ) here’s a couple of designs just slung through the rinser – i wanted to use Hammo’s (www.flickr.com/hammotime) graverobber since I saw it at Sketch City October, but havin not heard from him I went the B Movie route. Now I HAVE heard from the legend that is Hammo, here’s the Graverobber version too. Anyway… Fri 31st October I’ll be spinning funk and soul at Bluu. p At the MINT LOUNGE however you’ve got YES KING (on stage at 9pm), THE RAGGA TWINS and THE NEXTMEN together with Kwasi for the vibe, Kwinzola and Jonny K so you can’t really miss that, eh?

Current Groovement shenanigans – STILL got to edit the AMP FIDDLER interview (the album’s dropped already!!), Ryan Hunn’s beavering away at the KISSEY ASPLUND interview and I’m grabbing Mark Rae on Friday for a chat.

Not sure as yest when Unity is back on air so for now I’ll get these interviews podcast. . . 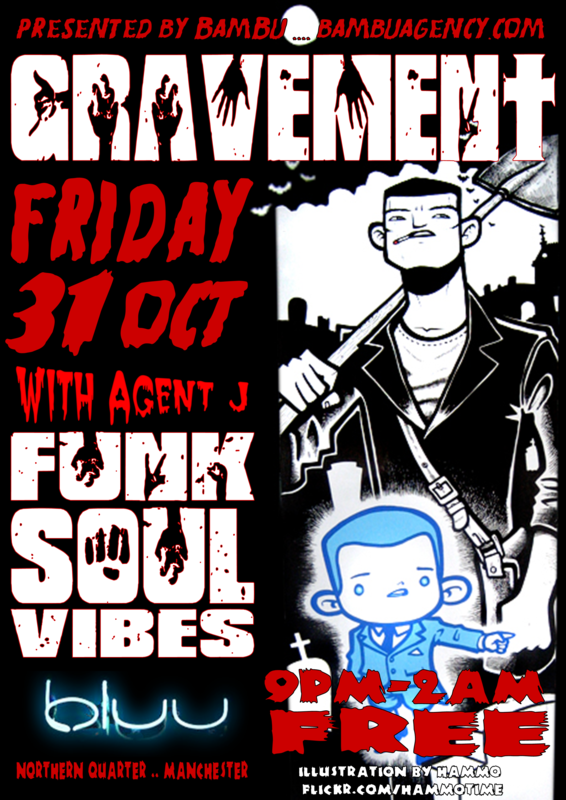 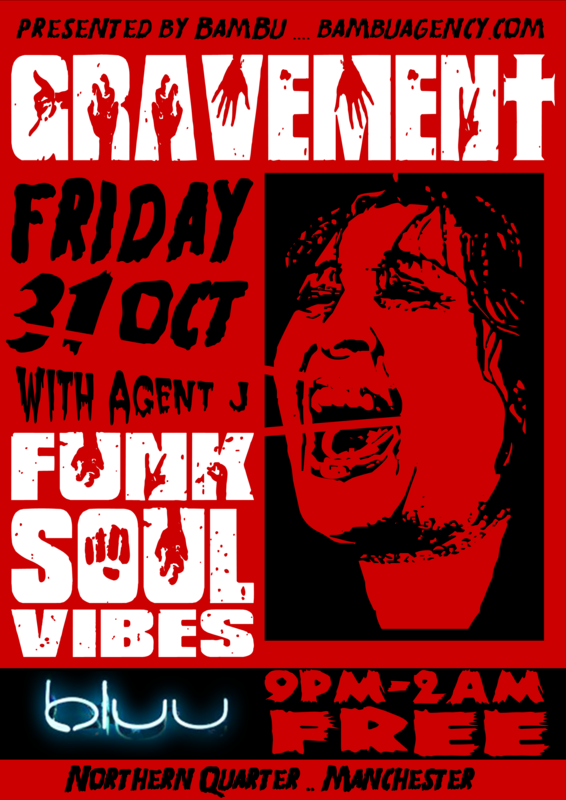